If you ever feel like you need a pat on the back for your parenting skills, spend a few days at a water park. I just spent the last hour telling my six year old how kind and sweet and polite she is after spending seventy two hours surrounded by a few hundred partially supervised, overly sweetened little monsters. Their parents were mostly encouraging the bad behavior by looking the other way when their kid cut in line and sprayed another kid in the face with a water gun. They are just kids being kids, learning how to be mean and get their way, learning how to look out for number one. The parents just leaned...

END_OF_DOCUMENT_TOKEN_TO_BE_REPLACED 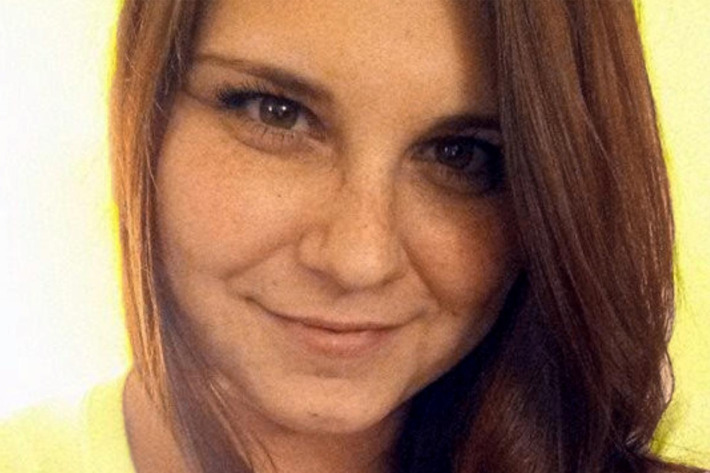 My heart has been heavy for the last few days after seeing all of the violence in North Carolina. But today I awoke feeling a lot of hope. I have been watching people around me online and people in my community who have come together to spread love. This is what we do as human beings. This is what we are built to do, to rally together and comfort one another. We are compelled to see evil in our midst and to either run from it or stand up to it. Racism is nothing new to the human race. It comes about because of fear, because of feelings of inadequacy, because of hopelessness. Racists are not born with hate in...

END_OF_DOCUMENT_TOKEN_TO_BE_REPLACED

My daughter and I attended a birthday party the other day at a gymnastics center. I watched as the kids climbed up a giant wooden pirate ship built into the wall and jumped into a pit filled with little foam blocks. Some of the kids went to the very top drawbridge, while others would only jump from the drawbridge in the middle of the boat. Some kids didn't jump at all, opting to explore other caverns. I thought about what I would have done as a child. I would have been the first one up to the top drawbridge, possibly even looking for a higher spot to jump from. I was a daredevil for sure. I see that in my...

END_OF_DOCUMENT_TOKEN_TO_BE_REPLACED 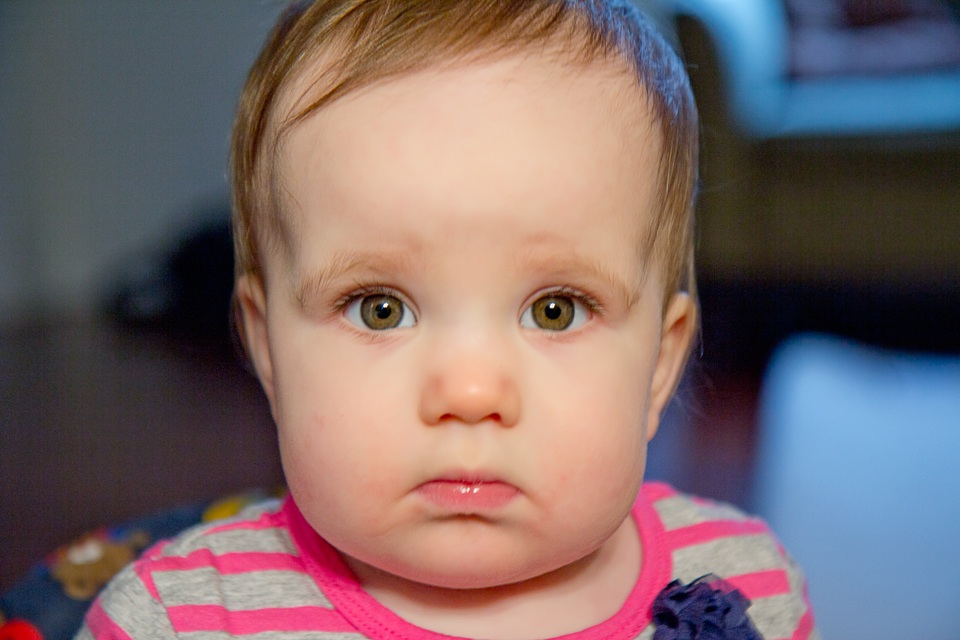 My six year old has a pretty large vocabulary. She uses words like "persistent" and "stupendous" in normal conversation. So when she started baby talking last week I knew something was amiss. I have read all of the parenting books and blogs I can get my hands on. I have been informed by Drs. Sears, Ferber and Spock that she is going through an event that she is not psychologically ready to face so she is reverting to her infant language as a coping mechanism. This would all make perfect sense if we were moving, or if there had been a death in the family. But there isn't any big change happening. There is summer...

END_OF_DOCUMENT_TOKEN_TO_BE_REPLACED

I was talking to a girlfriend today who is making a bad choice but doesn't really care. She is dating a guy who she knows is bad for her but she can't seem to stay away from him. My response to her was "Well, I know ice cream is bad for me, but sometimes I just really need to eat some ice cream." My friends seem to talk to me when they want the okay to do something bad. I am always the one that will support their decision to live a little dangerously. Sleep with the bad boy? Go for it! Quit your stable job to do something you love that pays dirt? You only live once! Let the kids stay with their grandparents to...

END_OF_DOCUMENT_TOKEN_TO_BE_REPLACED 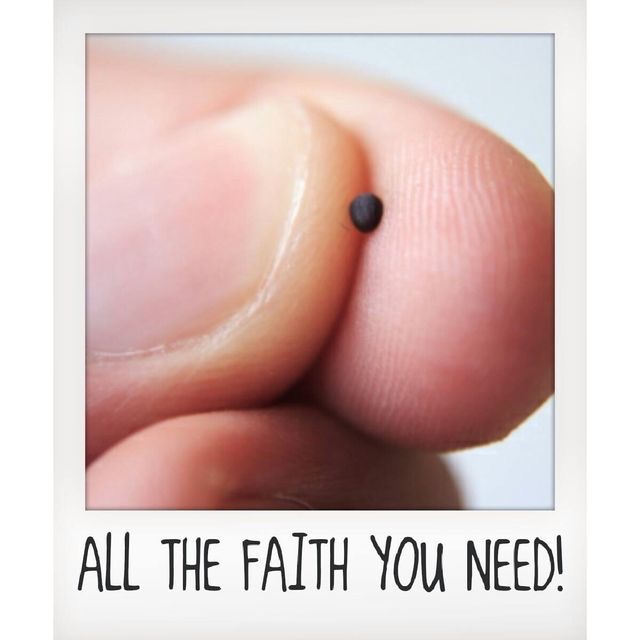 One year ago today I started publishing this blog. I had no idea where it would take me, but something inside of me made me sit down and write. I said I was going to let the kid inside of me out to play a little more. She has certainly come out to play and probably won't be going home for dinner anytime soon. This last year has been a lot like a free fall. I have taken a lot of chances, made a lot of mistakes, cried a lot, argued with my husband and parents, stood my ground with my daughter, acted like a brat, felt really lost, beat my head against a wall on at least five occasions and got myself fired from my...

END_OF_DOCUMENT_TOKEN_TO_BE_REPLACED

Since we almost sunk the boat, we decided to get the wave runners in the water to see what we could do to them. As usual, I drove one and my husband took my daughter for a ride on the other. We took a couple laps around the lake and headed in. This was the first time the wave runners had been out this summer so we had to make a few adjustments to the lift when we brought them back to the dock. As we pulled into shore we noticed that a swan was trailing us. This isn't uncommon. The swans are comfortable around people since we all share the lake. What was uncommon was the swan's demeanor. It was very clearly...

END_OF_DOCUMENT_TOKEN_TO_BE_REPLACED

My daughter and I were walking into the gym (my new hang-out) when an SUV pulled up along side of us. The windows were down, the music was up and the thirty-ish scruffy football player looking driver started singing along "Staring at the blank page before you, open up the dirty window, let the sun illuminate the words that you could not find..." loud enough for a few rows of cars to hear. I'm not a big fan of pop music, but I have channel surfed enough to recognize the theme song from the Hills (AKA Unwritten by Natasha Bedingfield) that he was belting out. Another burly guy walked behind the SUV shaking his...

END_OF_DOCUMENT_TOKEN_TO_BE_REPLACED

My gym is pretty eclectic. I can start a work-out on an elliptical machine next to a twenty five year old body builder and end it next to an eighty year old heart patient. One thing they all have in common is an aroma that I don't want to inhale twice. I get it, you work out, you sweat. I'm pretty sure I don't smell like a big bunch of roses after my workout. So last week when a middle aged man jumped on the machine next to me and I caught a big whiff of wonderful, I almost flew right over my handlebars. It was as if he had just walked out of a dryer, all fresh and full of fabric softener. It wasn't a scent I...

END_OF_DOCUMENT_TOKEN_TO_BE_REPLACED 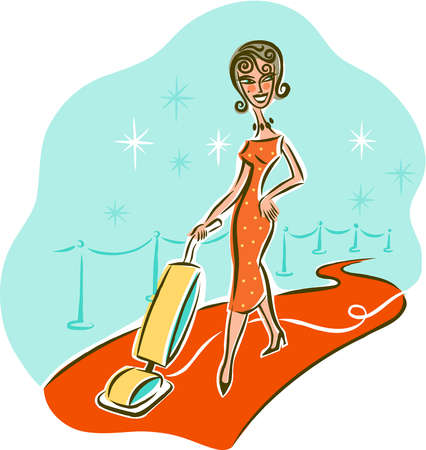 We Need a Professional

One of the first people who learned I was no longer working a nine to five was the woman who cleans our house. This wasn't because it was a luxury service that we immediately discontinued once we became a one and a half income family. She was actually scheduled to clean right when I began staying at home. She was not accustomed to me being in the house when she came to clean, so she was a little surprised the day she opened the door to find me lounging in my yoga pants and tank top on the couch. When she asked if we would still need her to clean the house, I answered "of course we do!" I know what kind of mess...