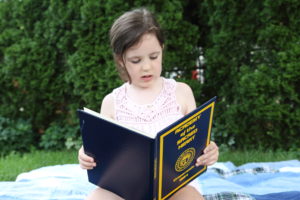 My daughter was looking through some of my old yearbooks last weekend. As I flipped the pages and looked at pictures of my class, I was a little shocked at how few of my classmates I remembered. I was also shocked that when I saw the picture of one particular girl I was brought right back to being a twelve year old girl and wanting to rip someone’s head off. Not so shockingly, it wasn’t even the girl, it was her mother.

I went to a very small school. There were less than 15 students in my grade and most of us had been in school together since we were very young. One girl that I was good friends with wore glasses the depth of the bottom of a glass soda bottle. Of course when some of the other girls teased her the words “Coke bottle” were often used. These are the words that I heard come out of the mouth of a girl we will call “Judy” that initiated my feelings of ill will toward her mother.

Judy was the kind of girl who defined herself by her looks. Her entire self worth was wrapped up in the emblem on her popped collared shirts and pink headbands. She spent more time in front of a mirror than a book and her school supplies consisted of glosses and powders rather than leads and paper. Looking back, I can’t really blame her for this, it was how she had been conditioned by her mother who was a walking Ralph Lauren advertisement. I think Judy’s mom was pretty, but it was hard to tell what she really looked like under all the mascara and hairspray. Sometimes her insides showed through which is exactly what kept her in the pageant runner up category. She would never be beautiful with all of her insides making an appearance like they did. She was full of gossip and snarky comments. It was no wonder Judy only felt good about herself when she was making others feel badly about themselves.

Judy never picked on me the way she did my friend. I think she knew better than to enter a battle of wits unarmed. Twelve years of smart assery had left me a relative wit warrior. Having an overly healthy self-esteem, her words would have been like paper airplanes attacking me. I threw grenades. And after she called my friend “Coke bottle” that day, I threw a pretty hefty grenade. I don’t recall my exact words but the message was that even the strongest braces were not going to fix her enormous buck teeth. Although I was a skilled verbal swords woman I was also a prepubescent girl so my natural reaction was to go directly for the jugular. She had no comeback for me other than to scream “BITCH!” which was, unfortunately for her, overheard by a nun walking down the hall. We were both taken to the headmistress’s office and our parents were called. I don’t recall any punishment. I do remember that our mothers had a telephone conversation that night. 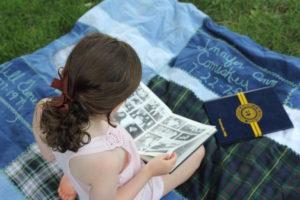 In that conversation Judy’s bumbleheaded mother informed my mom that Judy was forced to call me a bitch. My mom asked if I had held her down and made her recite the word. I don’t think Judy’s mom understood what “personal responsibility” meant when my mom used the words and she certainly didn’t understand what my mom was getting at when she was trying to find out how I had coerced poor little Judy into swearing at me. Judy’s mom finally let her insides show and said “maybe if you stayed at home with your daughter these things wouldn’t happen…” My mom is a better person than I am. Where I would have said “maybe if you didn’t spend so much time with your daughter she wouldn’t know what a bitch was”, my mom remained calm and continued the conversation until they finally agreed to disagree and hung up. My mom has told me many times that there is no fixing stupid.

I know those words cut my mom. I know she often felt guilty about being a working mom in a land of stay at home moms. I know this because I used that guilt as a weapon on many occasions. Again, I was a prepubescent girl so my natural reaction was to go directly for the jugular – mother or not. Plus, I was kind of a manipulative little asshole. Those words actually provoked me to be a little more like my mom. I was pretty certain that Judy’s mom truly was a bitch and it was probably because she was miserable with her life decisions. I had always thought that my rebelliousness came from my dad, but I realized then that my mom had been bucking the system my whole life.