Don’t Mess With Me 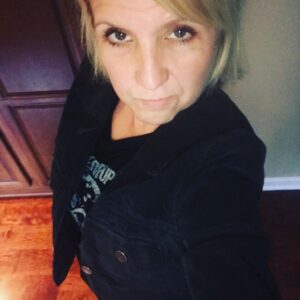 I have had more scam calls in the past month than I have over my lifetime. And let me start by saying, I am the worst nightmare for these people. I learned from a man who made a sport out of telemarketing calls. I have been listening to my dad mess with telemarketers since I was a small child. He kept a New York Times salesman on the phone for a good ten minutes telling him how the paper would be useless in our house because the entire family was illiterate. He talked this guy’s ear off about a cousin who went all the way through school to the 10th grade and then argued that the 10th grade was the end of high school, not the 12th grade. So when telemarketers call me, I usually do my best to keep them on the line as long as possible so they can’t annoy someone else.

Last year I had a guy call and tell me they were coming to arrest me. Since at least ten reasons popped into my head for why this could be accurate, I listened. Apparently my tax preparer didn’t file my tax return, which is weird since I’m a CPA and all. He even ended up swearing at me at one point so I grabbed a whistle and blew it in the phone as hard as I could. I then proceeded to call him back repeatedly blowing the whistle until the line was finally taken off the hook. I can be a little mean if they catch me in a mood. I have told several of these idiots that I am sorry they made such bad life choices that scamming people is their only form of income or I wonder if their mothers are proud of their career choices.

A few weeks ago I got a call from my “computer’s support team” telling me there was suspicious activity on my Amazon account. I asked if I had paid extra for the support team or if my computer just came that way. Strangely, the guy did not understand sarcasm, which seems to be common with these calls. He walked me through downloading a file onto my computer to resolve the issue. I tapped on my keys pretending to follow his instructions and then finally said “okay, I’m all done. I can’t wait to see what your virus does to my computer. Oh, and by the way, I don’t have an Amazon account, but my husband does. Do you want his phone number?” All I heard in response was a click. Luckily for him, I did not have my whistle handy.

Yesterday I received another call who sounded almost identical to the amazon guy. He was also from my computer’s support team, and said I definitely had a virus. He must have heard from his buddy that I downloaded the file! He asked if I had noticed anything unusual and I said that my granny porn had been really slow to load. When he asked what my desktop looked like I told him I had no icons and asked if I should. He said everyone had icons so I must have done something to make mine disappear. I think he just wanted to know if I had any of the granny porn loaded on my desktop. Maybe that question is the scam caller’s equivalent of “what are you wearing?” When he asked me what browser I used I said the blue one because it was way faster than the red one. He still didn’t catch on that I was toying with him. We had been on the phone for at least five minutes when he told me to press the function key along with another key. I asked him what a function key was and he tried to explain as I continued to ask questions. He was trying to describe the layout of a keyboard while I was saying things like “space bar, is it a bar in outer space? I don’t understand what you mean.” He was clearly becoming exasperated so when he said “do you see the key with the Fn on it? It’s right next to the key with Ctrl on it” I almost started laughing, feeling his head ready to explode. Instead I said “OH MY GOD, that key is not there. There is a blank spot. Do you think the virus stole it?” And again, all I heard was a click.