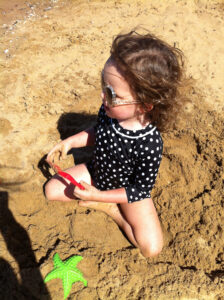 I do not work well with others. Generally I find people annoying, so having to rely on them to complete a task is a real chore for me. I am in school again, and the program I am in apparently requires me to work with others quite a bit. I have collaborated well for the most part. I haven’t lost my shit on anyone…yet… but some projects are more difficult than others. Group papers are especially challenging. I have come to the conclusion that in any group paper situation, when the group consists of more than three people, you end up with a problematic character.

I had a group paper last semester which was about a consulting situation. It was actually kind of perfect considering the paper was about collaboration and we were collaborating. One of the young women I was working with literally wrote one paragraph of a ten page paper and then kept asking to have zoom calls so we could discuss the paper. When we finally did, she managed to get one of the other women to write her part as she dictated what she wanted to say, which sounded similar to a drunk parrot reciting words out of a medical textbook so had to be revised anyway. I understood why she only wrote one paragraph after hearing her for five seconds. She only had one paragraph worth of information in her tiny little brain.

This semester I was assigned a group paper with three other students, and once again, I successfully managed to identify the problem child right away. Interestingly enough he was the only PhD candidate in the group. We had a couple zoom calls in this class, and this guy appeared for the meeting late both times and then asked to be caught up on what he missed. He also thought that the question “how are you?” was an open invitation to talk about himself at length. When this paper was introduced, his first response was “should we set up a zoom call?” I was not falling for that trick again.

The paper was about diagnosing a fictional character. When our professor suggested that we use a TV character the egomaniac started describing a show that I wasn’t familiar with. I mentioned another show and he said that was the one he was talking about. I am still scratching my head about what season or episode he was referring to. He said the guy lived in a house with a bunch of people and was involved in a school scandal. I figured out that he did live with “a bunch” of people… his family, but I still have no idea what scandal he was referring to.

Since I was the only group member that had seen the entire series, I took on the task of writing the character narrative. Even though the other group members weren’t all that familiar with the character on the show, they had no problem using my narrative to write their parts of the paper. But not Mr. PhD-bag! No, he decided to binge watch the show for a week rather than writing the assignment. And when he finally started working on the paper, less than 24 hours before the due date, it was to edit what we had all written and send us articles that he thought we should all read to start working on the paper. He seemed to be completely unaware that we had created a document and shared it with him a week prior and we had all done our parts. 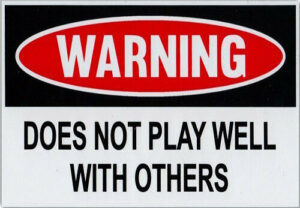 He finally added one of his two parts literally less than 12 hours before the paper was due and it was a recap of one of the episodes that had nothing to do with what I had written in the narrative. When I mentioned this, he left a comment that I could go back and update my part to include the new character he introduced. Sure buddy, I’ll change what I wrote a week ago to discuss a meaningless character because you just happened to watch that episode.

The worst part about working with someone like this is that he actually thought he was being helpful by editing all of our work. But we never asked him to do this. We asked him to write the part of the paper he was supposed to write. One of the other group members and I ended up texting back and forth wondering what the hell Dr. Dumbass was doing. We were pretty sure we were being punked. We both communicated to him several times that everyone was waiting for him to write his part and that he was holding us up. His response was excuses and assurances that it would be done by the deadline. He completely ignored that collectively we had set an earlier deadline due to our schedules. He clearly didn’t care. He was obviously driving this paper and we should be grateful that he was even lending us his expert opinion on our work.

Our professor was pretty harsh in some of his critiques. I am not proud to say this, but I was happy to get a B on the paper for one reason and that is that I was right. I argued about a few points in the paper, and the PhD-bag insisted on covering a situation that was meaningless and bringing up points that went against our approach. Our professor agreed with me on both points and as far as I could see, the areas where we lost points were all from our self-appointed editor. The paper didn’t affect my grade in the class much and even if it had, it would have been worth it to be right.

**When I am feeling antisocial I like to listen to music that reminds me my people are out there.