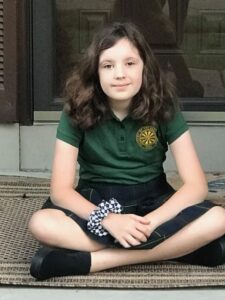 My daughter has been out of school for a few weeks now and I am already thinking back to the good old days when I learned all kinds of interesting things in the car. I count myself lucky that my kid tends to lean into the oversharing category while strapped into the passenger seat. I’m preparing to drive her around the neighborhood just so she’ll tell me some fun stories (or talk to me at all). Some of my favorite conversations from the last half of the school year went a little like this:

Religion Class: One morning my daughter told me they were watching a scary movie in religion class. I know some of those biblical stories can be a little brutal but the scary parts to me as a kid were more about getting stoned to death or wandering the desert for a lifetime. Jokingly I asked “is it the Exorcist?” She responded with a look of disgust and “of course not! They wouldn’t show us that in school! It was a movie about a woman who was possessed by a demon or something…” So, basically, the story of the Exorcist. After a few more questions I learned that nobody’s head spun around, there was no projectile vomit and no talk about unspeakable acts by “your mother”. At least it sounded better than the stock films we saw in middle school.

Language Arts: The girls were allowed to choose songs for a play list of music during class. Most of the music I play on a daily basis in my car is offensive and inappropriate for children, so my kid knew better than to suggest random songs she likes. I gave her a list of a few songs that I thought would pass the listening test and her teacher was offended by all of them. I found out later that the only songs that made the cut were Disney songs and vapid pop. Apparently young women singing about how important it is to be pretty and popular is less offensive than young women singing about standing up for justice and equality. My daughter gave up after two rounds of rejection and sat through more Taylor Swift and BTS songs than she could count, but I was glad to know she is turning into a fine little music snob. 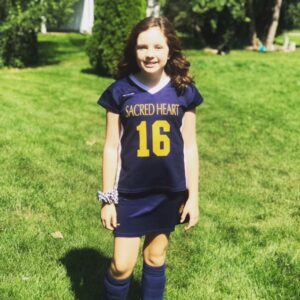 Science: Near the end of the year I learned that my daughter would be starting science lessons on the body, and that part of that discussion would cover puberty, human development and reproduction. Apparently a few of the girls in class asked a lot of questions and more than one question was about sex. A classmate noted that her mother had five biological children all roughly a year apart in age. She asked if that meant that her parents had sex five times. Upon hearing this, I bit the inside of my mouth so hard I almost cried. My only thought was that this girl’s dad couldn’t keep his hands off his wife for at least five years if she was perpetually knocked up. My kid then turned to me and asked…. “So does that mean you and Dad had sex once?” I just nodded my head and said “…so what are these cup things they’re talking about for your period?”

**In honor of offensive music in the classroom, I’m listening to some good old fashioned political commentary by Run the Jewels.**