Stay Off My Lawn! 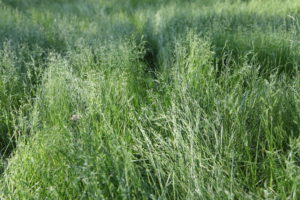 Danger – small children may get lost in grass!

We have a lawn service. They are inexpensive since they handle a lot of the homes in our neighborhood. Because of this I never complain about the little things that bother me. Sure, I swear under my breath when they show up before 8 am on saturday most weeks but I don’t complain. I just shake my head and throw my hands in the air while watching the tweenage boy handling the weed wacker, occasionally beheading my flowers as he wildly swings the machine that weighs more than him around like a golf club, but I don’t complain. I don’t even complain that every year I have to remind them to mow the hump in our front yard that they apparently mistake for a flowerless flowerbed with grass growing in it. Seriously, it’s a hump where a tree once grew that now is covered with grass. I don’t complain about any of this because they are cheap. I understand that you most often do get what you pay for.

I am, however, ready to call and complain right now. This month they have come to do their job once. It’s the end of May and they have done one cut of our lawn, on the 15th. Our grass is so long it tickles my knees as I walk through the backyard. My husband joked that he would be able to do all kinds of cliche family portraits without having to drive anywhere. The field is now surrounding our house. I walked through the grass yesterday and when I turned around there were giant foot prints where I had flattened the grass. Several small crop circles are positioned all over my yard where I dragged bags of mulch to the flower beds.

As I drive down my street it looks like half the neighborhood abandoned their houses. A lot of my neighbors use this lawn service and nobody has seen them in more than ten days. It’s like a zombie apocalypse on our street. I saw some pink and white streamers blowing in the wind and it was the handlebars of a little girl’s bike. The grass had swallowed the entire bike, leaving just the tip of a handlebar unconsumed. If I had a decent script I would break out the camera and film a horror movie in the hood. 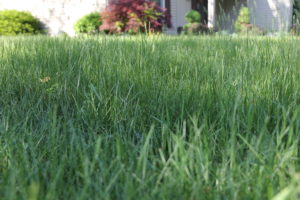 The end is near!

The neighbors on either side of me must be losing their minds. They both take very good care of their yards so having the hillbillies with the field next door has to be making them crazy. I noticed that our one neighbor was out on his riding mower for the third time in a week yesterday. I think our yard is giving him anxiety. Maybe he is worried that it’s contagious. I almost told him if he wanted to just keep riding and cut through our yard I wouldn’t complain. At this point though, I’m afraid he might get stuck. I think we are at a level where only an industrial mower will handle our situation. I’m expecting a letter from our homeowners’ association any day now.

Sadly, what I am most annoyed with in this entire situation is that the owner of our lawn care company is a horrible businessman. I could understand him not showing up if we paid a flat rate per season regardless of the work performed, but we pay per cut. Every week he doesn’t work, he doesn’t get paid. Maybe he is like Forrest Gump and cuts grass for fun, but even then I would think he would want to come around more than once a month. So now I am standing around the door waiting for the crew to show up so I can give them a business card and offer them some solid business advice while I remind them that the hump out front is just a hump and needs to be cut. This is going to be a long week!