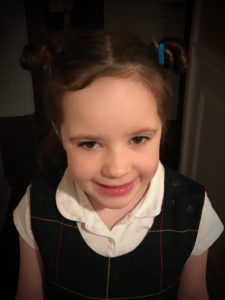 I finally did it – the thing every parent dreads and hopes never happens to them. I forgot to pick up my kid from school. Actually, her grandparents didn’t pick her up from school, but it was my fault. She had a noon dismissal on Friday and I didn’t let my parents know so they showed up to pick her up at her normal dismissal time and found an empty parking lot. I actually called my mother at 1:30 to remind her that they were picking up at 3 that day. My poor child had already been sitting around for an hour and a half by that time. She was probably already four shades of pink from the hot weather and sun scorching her skin. I had, of course, forgotten to apply sunscreen in the morning.

Now, my seven year old has been able to say “I told you so!” repeatedly about this. The day I abandoned her at school was a special day. It was Conge – which is a year end celebration that has been a tradition at the school since I was a student 500 years ago. There is always a noon dismissal on this day. We actually had a discussion about the dismissal time the night before and I consulted both my calendar and an e-mail about the uniform requirement for that day. Neither of these references said that she should be picked up at noon. My daughter argued that she would be coming home at noon. She was excited about spending the extra time with her grandparents until I told her that she was not coming home early. We went back and forth about it for at least ten minutes until I finally said “if you had a noon dismissal it would be in my calendar, and there would be an e-mail about it.” Right? Wrong. 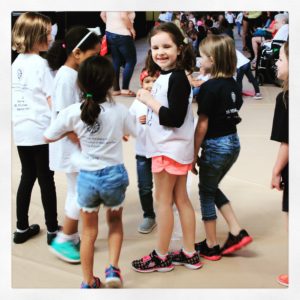 I even attended Conge. I showed up at 10:30 to take some pictures and left right after the primary school’s lip sync performance ended at 11:15. Had I stayed until the end, I would have been able to take my kid home with me, like every other parent in attendance. But I had things to do and bolted as soon as her feet left the stage. I think I score some extra bad bonus points for this move. It would only be worse if I actually drove through the pick up line and waved before leaving.

But the icing on the bad parent cake is that I didn’t even pack her a lunch. I pack this child a lunch every day. She has hot lunch maybe four times a year even though she begs for it weekly. On this day I told her she could have hot lunch since she was spending the night at her grandparents’ house and I didn’t want her lunchbox to sit for the night. The problem with this is since dismissal was immediately after Conge, there was no hot lunch. All of the kids who stayed in the extended day program brought their lunch. So basically all of the kids went to the extended day room and opened up their lunch boxes to eat. All of the kids except mine who had no lunch. Luckily, she missed most of this because she was standing around outside waiting for her ride that never arrived. It was after all the other kids had gone that a teacher escorted her down to the extended day room to join the other kids. At some point someone gave her a bagel when they realized her negligent mom had neglected to send food. 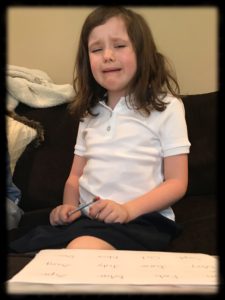 She looks like this when I pick her up too!

Luckily she was able to hang out in the extended day program for a few hours which she has been asking to attend for months. She is the kind of kid who looks at the bright side so this was the first thing she said to my parents when they picked her up. The next thing she said is that she was worried that something had happened to them. Of course something must have happened for her grandparents to leave her. If it was my day to pick her up it wouldn’t have surprised her at all.

Taking a cue from my daughter, I am also looking at the bright side of this. Technically, I wasn’t the one who left her at school for three hours last week. Her grandparents are the ones who picked her up late. Even though it was 100% my fault, I am pinning this one on them and everyone seems to be going along with my little act. My mom feels so guilty every time it is brought up that my daughter may get her own car out of this before she is even in middle school. Most parents would feel just as badly about this as my mom does. I am not most parents. I am saving all of the guilt for when I forget to pick her up from college or show up late to her graduation.