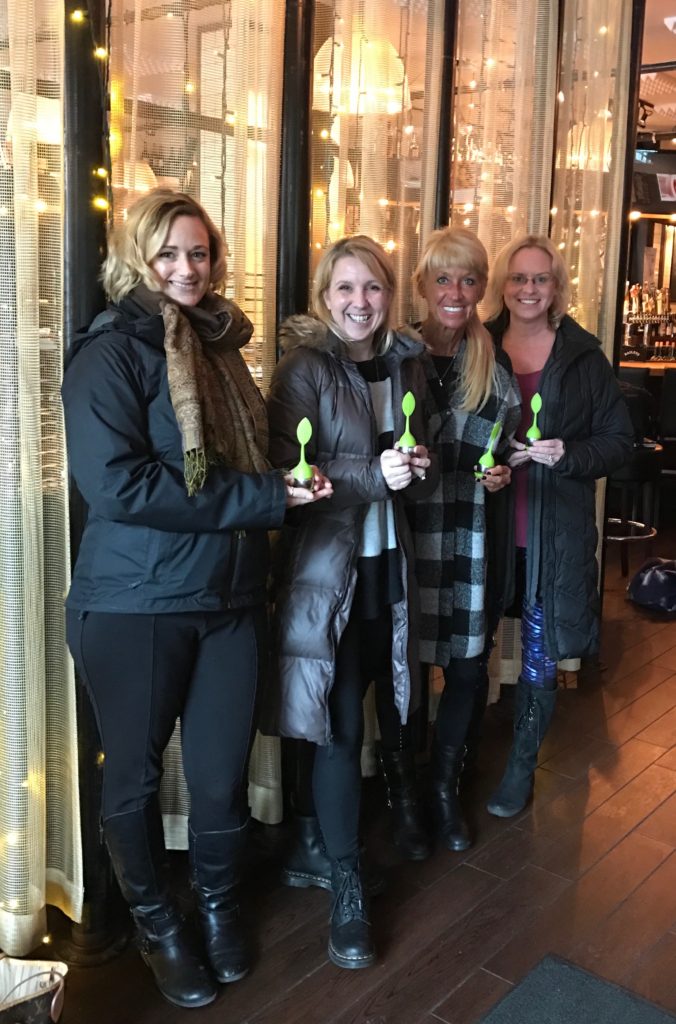 I have a friend who talks a lot about having a mustard seed. What she is referring to is that little bit of faith needed to make big things happen. Once planted it grows. It grows quickly and soundly and it turns into a strong and healthy plant. I came to a crossroad in my life recently. When I got there I realized that I had a mustard seed with me and from that moment I was able to have the courage to take a great leap of faith.I have talked about being a writer for over half of my life. At one point when I was in college I started to write a book but I abandoned it within a semester. I have started a few others over the years and never finished. I dabbled with online social media venues but wouldn’t at that time have ever called myself a writer by any stretch of the imagination. I finally had the guts to put my first piece of real writing out into the world when I launched this blog – where I could finally take that step and say “I am a writer”. It was scary and wonderful all at the same time. For the first several months I used to cry when I was writing, not out of sadness but from the joy of being able to share this piece of myself with the world finally.

I came to the latest crossroad in my life when I was faced with writing a story about an incident at my job. I had been writing about daily events in my life but steering clear of office stories knowing that there may be ramifications for that. I had been unhappy at my job for quite some time. I had been there for nine years and had not really gotten anywhere. I was doing something that I didn’t love doing with a group of people that I was probably never really going to click with. I never really felt at home where I was, even after all those years I was still the black sheep. So when I had a story that I could share with the world about how I felt at work on a daily basis I felt really compelled to share it. I had made that great leap of faith into being a writer without really knowing I had made it.

I wrote a story called “I’m a Square Peg” about feeling “less than” at my job. It was how I felt a lot at work. There were a lot of reasons I felt this way, mostly because my boss showed me on a daily basis that he had no faith in my abilities as well as the office manager who went out of her way to let me know that I was the equivalent of something stuck to the bottom of her shoe.

A strange thing had been happening to me over the prior six months that I had been writing. I was working side by side with a young woman who was really excelling in her career as a CPA. She loved what she was doing and she was good at it. I was watching her climb up the proverbial corporate ladder and I was realizing a little bit every day that I was on the wrong ladder.

Simultaneously, there was another woman in my office who I was able to be a friend to when she needed one. She was going through a lot of turmoil at home with her husband and I was able to share with her a bit of myself that might help her better deal with what she was going through. We spent a lot of time talking about some pretty deep emotional stuff quietly in my office. I really don’t know how she was able to come into work every day with all of the chaos that was going on in her life, but somehow she was.

I knew that writing that story would most likely result in me losing my job. There was no way that Red Pen Lady’s ego could handle my criticism. She is a small and petty person. I knew that if she were ever to read my story she would demand that I be terminated. Five days after publishing “I’m a Square Peg” I was led into the conference room and terminated. My boss said to me “For the record, I don’t think you’re an idiot”. I am a firm believer in actions speaking louder than words, and his actions over the last year proved otherwise to me. In typical petulant teenager fashion I thanked him for firing me. And I meant it. I had been so miserable at that place, I just didn’t have the courage to do what I should have done a few years prior and move on. I just wish I could have been a fly on the wall when Red Pen Lady read that story. I wish I could have heard what the conversation sounded like about what should be done with me.

I learned a lot about the people I was working with for nine years after my termination. Two people have reached out to me to wish me good luck, the woman who made me realize that I was in the wrong place and the woman whose hand I got to hold through her tough times. Not a single other person had the decency to send a text, even one that said “good riddance!” I am not the least bit surprised by this.

In a twist of events the woman who spent so much time in my office having heart to heart talks contacted me two days after my termination to let me know that her husband had died. It became clear to me that every morning I spent crying on my way to work because I was so miserable was not wasted. My purpose for being where I was was to be a shoulder to lean on. Once I was no longer needed I was allowed to leave. God works in very mysterious ways.

It’s true that when one door closes another opens, sometimes several. Today I am a full-time writer. I am writing my blog as well as a book. I am also involved in a tech start up company and a video project with the three lovely ladies in the picture above. I have been happier over the last four months than in my entire life. I am able to drive my daughter to school every morning without rushing off to work. I am also able to pick her up and tuck her in every night. I have been able to do charity work and I have even gone into business with my Mom. Life is good. Change is sometimes scary, but necessary to grow. Take that leap of faith today, it may be the greatest gift you can give yourself.