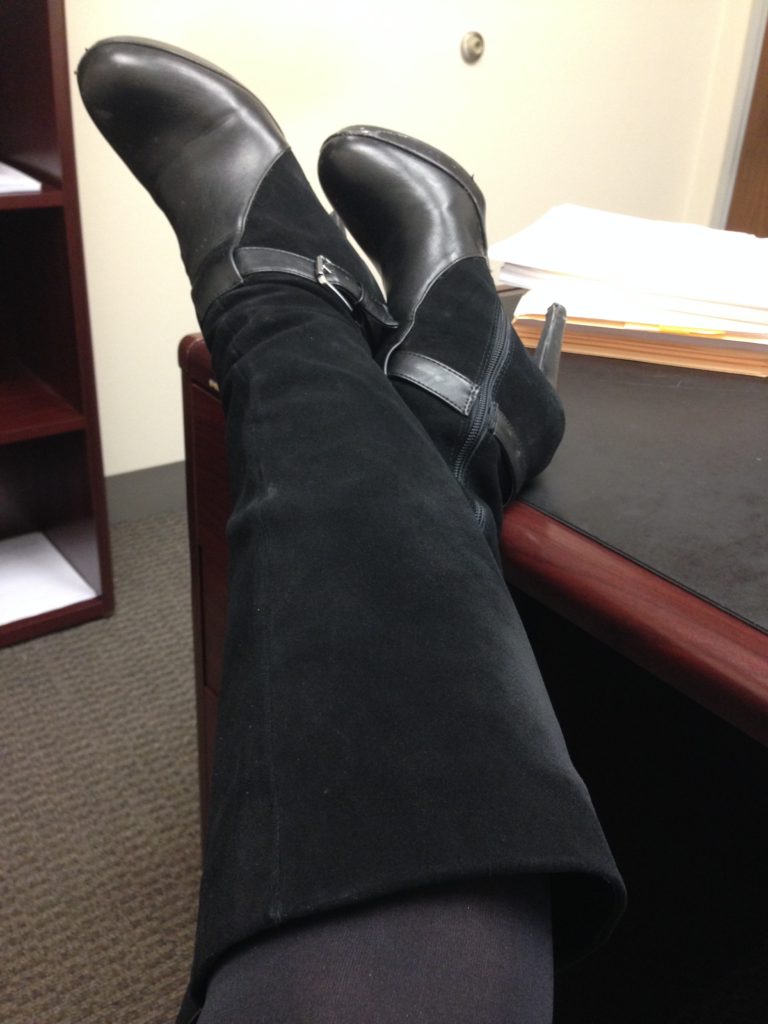 My boss thinks I am an idiot. He doesn’t say it in as many words, but it shows more often than not in his actions. He asked me to do some research on a project for a foreign client. I did the research and gave him and the client the information two weeks ago. He then discussed the project with another individual in the office who is a little like the wizard of Oz, running everything from behind the curtain. She is never wrong about anything and is very happy to tell you how right she is in the form of red corrections on any of your work she sees needs fixing. I call her the red pen lady. She reviews the work of idiots like me who can’t spell their own name without help. We often get this work returned to us with red marks all over it where we missed crossing a “t” or dotting an “i”. Nothing leaves the office before she has approved it. So of course my boss had to get her involved in this project.Red pen lady agrees with my boss that I am an idiot. She also does not like me. I am the equivalent of nails on a chalk board to her. I get it. I have a strong personality so you either like me or you don’t.  She was okay with me at first but then we had a different interpretation of something several years ago and when the boss agreed with me instead of her she turned on me like a switch. I am now invisible to her. She has actually walked past me in the parking lot without saying a word. It’s a very strange working environment because she rarely speaks directly to me, she talks to whoever else is in the room and directs questions to them as if I am not standing there. When we were on a company trip she conveniently left me out of a group text coordinating where we were all to meet one night. Five years later she did the exact same thing. She tried to act like something was wrong with her phone and she couldn’t add me into the group text. I laughed it off and said “yeah, that’s funny. The same thing happened last time we were in Vegas”. I’m sure she thinks I am so brain damaged that I don’t remember the first time she used the same move. She can’t send a text message, yet i’m the idiot?!? If she could use a giant eraser on me and remove me from her world, she would not hesitate. The petulant teenager in me really wants to start giving her a hug every morning as a new greeting, but I will refrain from doing so.

So, sometime between the time I gave the client the information they needed and today it was decided that the scope of the project was changing. I’m not sure, but I have a feeling that red pen lady did not think my answer was correct. After several hours of my boss, red pen lady and I sitting in his office discussing the subject my boss finally called in yet another colleague to weigh in on the matter. Here is where it got interesting. We all left the office for a short break. When we reconvened, there were four of us in the office instead of three. My boss’s office has three chairs. Of course the adults all took their seats around the desk which left me to stand off to the side. The village idiot is not awarded a chair. I stood as invisibly as one can while wearing 5″ stiletto suede boots and listened as the new member of our research team gave my boss and red pen lady the exact same information I had given to my boss and the client two weeks ago. I was finally vindicated.

I looked up for a moment expecting the balloons and confetti to drop from the ceiling in celebration of my small victory, but no such luck. In fact, the three adults continued their conversation as if I was not in the room and had never given them this information at all. My boss and red pen lady acted as if they were hearing this all for the first time. When I chimed in as we were walking out of the meeting and said to my boss “well, at least we don’t have to go to the client and tell them we gave them wrong information two weeks ago huh?” he just said “yeah, that’s good” and walked back in to his office. Oh well, I didn’t really expect more from him. He really does think I am an an idiot. I guess I can’t blame him when I wear these boots to work.