Humility is Not a Four Letter Word 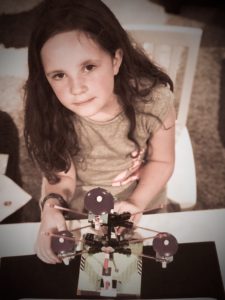 I know one thing to be true. Just when you are convinced your child is a genius, they will do something to completely shatter that belief. The universe has a way of keeping the perceptions of parents in check and it usually involves shaking the pedestal they are standing on after their child does something wonderful.

Over the weekend we attended a church service where my eight year old daughter read the prayers of the faithful. It was a long reading with a lot of unfamiliar words, but she nailed it. She did such a fantastic job that the priest actually paused afterward to commend her. He said she should be a public speaker based on the job she did. I was especially impressed since it was an emotional time for her considering it was her great grandmother’s memorial mass. We had debated even letting her do the reading, taking into consideration her emotions might get the best of her. But she hit it out of the park. I am still receiving compliments about it.

Four hours later, while still basking in the glory of the accolades from my little superstar’s performance, I got a call to come home from the gym immediately. I could hear my little mini-me sobbing in the background that she was afraid she was dying. My husband was trying to comfort her while simultaneously addressing my question of “what the hell is going on?” and quickly losing the battle. He finally blurted out “she ate a LEGO!” and “settle down, you’re not going to die!” all in the same breath.

As I was walking to the parking lot, I received a photo of the LEGO piece she ingested. It was a tiny little tube, about the length of a fingernail. I gave up my frantic internet search after realizing the giant LEGO block I pictured lodged in her esophagus was not the situation we had at all. I did notice that the list of search results all noted toddlers swallowing foreign objects. There was no mention of nobel prize winners, mensa members or ivy league college graduates shoving pieces of plastic down their throats. No wonder I thought that my days of telling my child to keep foreign objects out of her mouth were over – it is apparently a common problem for toddlers.

I’m thoroughly convinced this was my fault. I’m pretty sure my child picked up my proud vibes radiating from five miles away and decided I might be setting the bar a little too high for future expectations. She decided my mommy pedestal needed a good shaking and promptly inhaled the smallest LEGO she could find. Maybe she really is a genius after all. A lazy, evil genius!

**I wrote this while listening to