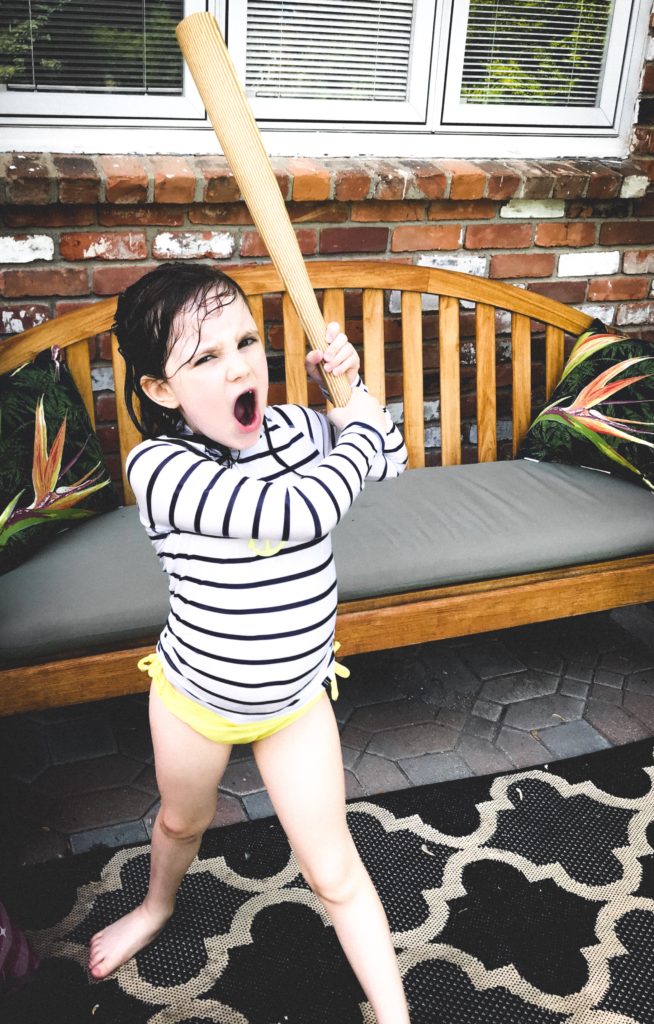 A few months ago, my daughter was playing catch with her Dad when she accidentally nailed him in between the legs with the ball. Apparently she throws like her mother. She immediately said “Daddy, I’m sorry I hit you in the privates!” As he bent over in pain she continued talking rapidly. “Last week one of the boys in the fourth grade got hit in his privates. He bent over too. Then one of the girls said her Dad calls his privates the wall of gems. Or maybe it was the dangling jewel. Or the family dangler. No, no, it was the family jewels. Why would he call it that?”

I had no words. This rarely happens to me, but I was truly speechless. Part of it was that I was laughing so hard, I couldn’t have answered if I tried, but I also had no answer to this question. It’s not that I hadn’t heard the term before, I just never gave much thought to where it originated from. I also had a strange image in my head of a giant wall of penises since the term “wall of gems” came out of her mouth. My brain was slowly melting.

Before I became a mother I knew there would be many, many questions tossed my way from my child that I would be ill equipped to answer. This was not even in the same zip code as that list of questions. I expected to google “types of clouds”, “books about poop” and “new math” but never did I expect to perform an online search for the origins of slang for penis. And let me tell you, it’s a search I never want to perform again. It was similar to the time I searched “Tinkerbell” only to find it was an incredibly popular name for women in the adult entertainment industry.

By now everyone knows that there are certain things you shouldn’t talk about in front of your children. Don’t talk about what a cranky old man the neighbor is if you don’t want him to know you think he’s a cranky old man. Don’t drop an F-bomb unless you want your kid doing it loudly in the middle of Target. And don’t talk about your poor self-image if you want your kids to grow up feeling confident about themselves. I would like to add to this list, please, do not use old man slang in front of your kids. They don’t know what these strange terms from the 1940s mean and they are definitely going to ask for clarification.

Fortunately my daughter only used the term “family jewels” for about a week. Unfortunately, a few weeks after giving up the phrase she received a ball to the crotch and was so distraught that she screamed “Ouch! My penis!” It only took her a minute to realize what she said and laugh but I think she might have my tendency to scream inappropriate things while in distress. It’s like a form of stress induced Tourettes. I’m expecting the next time she is injured I will hear a thundering “wall of gems!!”