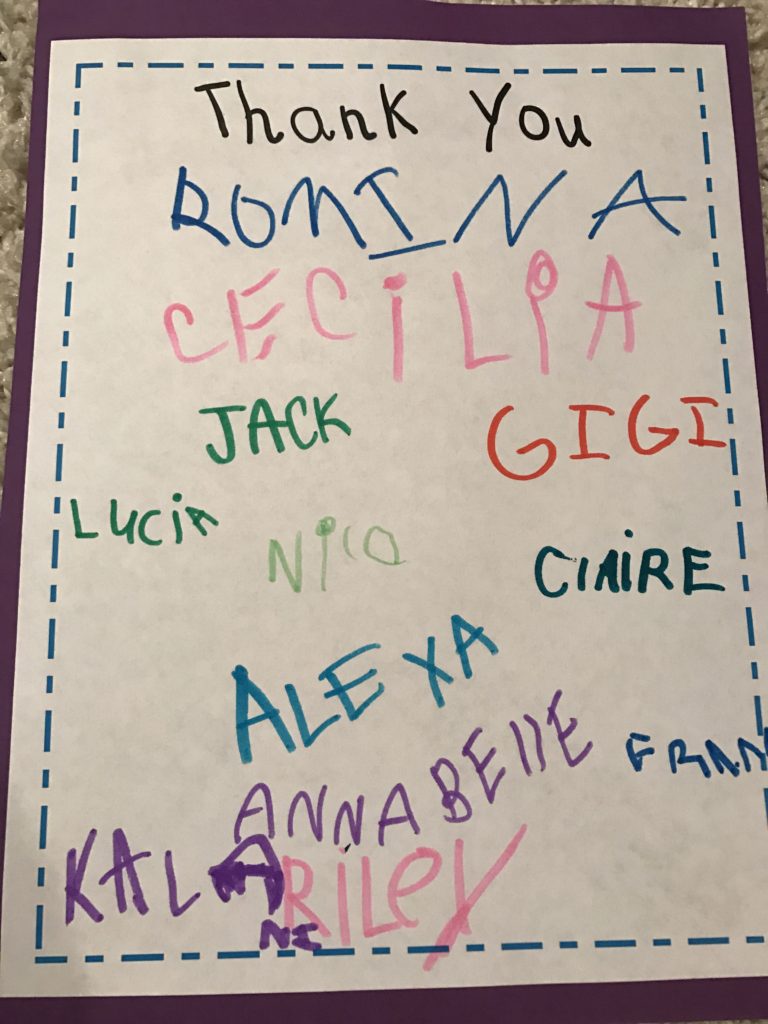 Thanks from the Owls!

I was the guest reader for my daughter’s class yesterday. I love going to read to the kids, and the little bodies seem to like me. I think it’s because I am like a very large child in high heels. I say what is on my mind and I am awkward when in close proximity to others in silence. These are two characteristics most people seem to outgrow, but I never did. Put me in an elevator with another person and I develop a mild case of Tourette’s syndrome. This is one of the reasons I use the stairs whenever possible. If I am in a small space with another person alone for too long they are probably going to hear about how I got the scar under my lip or why Minor Threat is the best punk rock band to listen to when you work out. I don’t sit well in silence but I also have a really hard time with small talk. This is a bad combination. I want to talk to people but not about the weather. This is why I end up asking really inappropriate questions of strangers. When you are on the elevator with the guy wearing the eye patch do you really want to know if he thinks it might rain or if his favorite baseball team will do well this season? I don’t. I want to know why he has a patch on his eye. I’m guessing he is not a pirate, but it could be something crazy like he got into a fight with a mugger stealing a purse from a little old lady or he could just have glaucoma. Either way, I want to know the truth. I want the real stuff, not the fluff.

Anyway, I read a book called The Three Little Aliens and the Big Bad Robot to my daughter’s class. It’s a retelling of the three little pigs. One of the little aliens is named Nklxwcyz. I asked the kids to help me pronounce that name. I do it differently every time I read it. My husband told me I better stick with one way before reading it and I tried but halfway through the book I started using another name I think. I asked the kids what they thought it said and they came up with “Nicklewizz”. This morphed into “Nizzlewick”  halfway through the book and ended back with the same name we began with. At least I think we did. The kids seemed to like the book but were more excited about getting their picture taken at the end of the reading. There’s one way to tell me apart from the children, I hide behind the book while they leap out for a photo opp. If you ever have the opportunity to go read to a bunch of young children, I highly recommend it. Having a group of little kids grappling to get front and center in the photo with you is just a bonus, the good vibes you get from those little nuggets will stay with you all day! 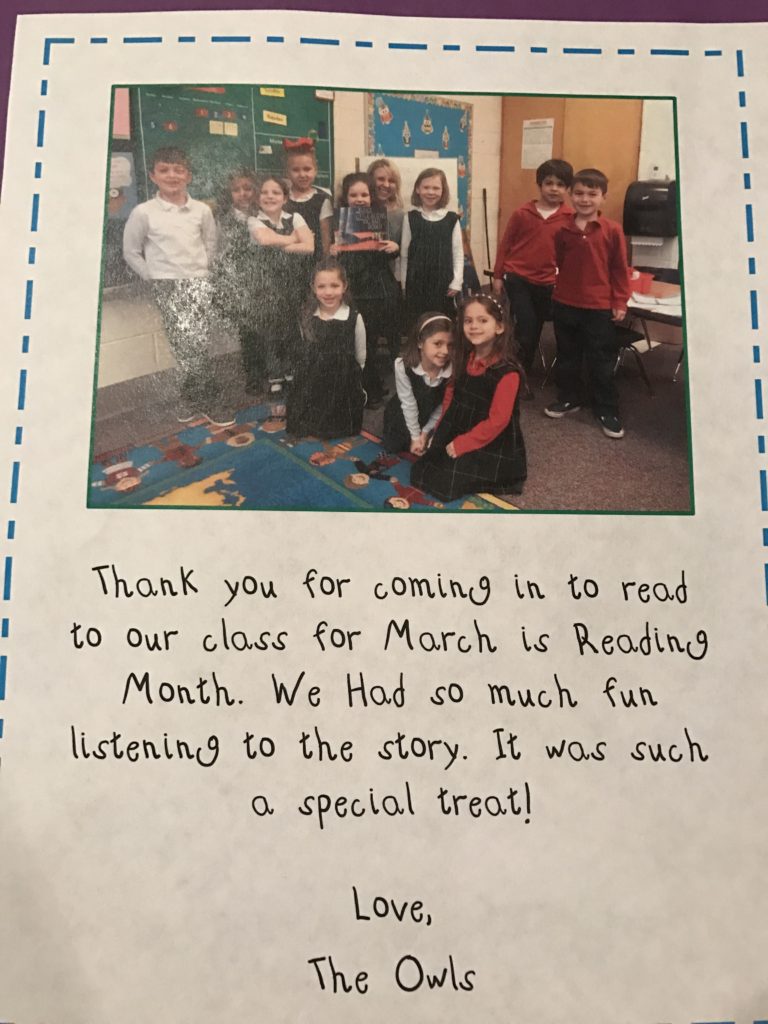 These kids are awesome!