Too Cool for School 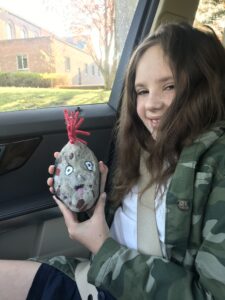 I just went to parent/teacher conferences and was reminded just how much my kid and I are alike. She has been talking for weeks about her Latin teacher and how cool he is. When I met him, I couldn’t help but notice he was a lot like her dad, both in looks and sense of humor. Within five minutes he told a story about how he described an ancient poet as “punk rock” to a group of eighth graders. When they asked what that meant he explained how punk was an attitude. He went on to say that he does a presentation where he teaches the differences in poetic styles by playing music. He gives his high school classes a taste of epic poetry through the Who with their seven minute rock operas and the Sex Pistols with their ninety second in your face anthems. I warned him not to refer to anything as “punk rock” around my kid unless he wants to hear her twenty minute monologue on the subject. The good news is he will most likely be her Humanities teacher next year combining one of her favorite subjects with one of her favorite teachers.

My child has always brought her big personality into the classroom with her. In third grade she gave a rock a nose ring and mohawk and named it “Punk” for a science project. In fourth grade she persuaded her music teacher to include a music history lesson on the roots of punk rock music and helped pick songs that were appropriate for a group of Catholic school kids. And now, in fifth grade she has a Latin teacher who talks about the philosophy of punk. I’m expecting by next year she’ll be writing a paper on why “Get In the Van” is one of the most important pieces of American literature. I’m glad she has the freedom to do this, because I certainly didn’t when I was her age. Granted, there weren’t a lot of nuns and 70 year old teachers who had great taste in music, and the punk genre hadn’t even been around that long, but I can’t remember a single young, cool teacher that I connected with. Luckily I get to live through this self-expression with her. I show up to help once a week in her art/design class where she is making a skateboard from scratch. A bunch of fifth graders are using saws and power tools to build their own skateboards from gluing the layers of board together to screwing on the trucks and wheels. They are even using a CAD device to laser cut designs into their boards if they choose a logo that’s too intricate to hand sketch. I’m hoping I get to tag along when these girls bring their boards out for their maiden voyages.

Seven years ago my husband and I researched pre-schools like our life depended on it, and we ended up right where I started school in second grade. Within a few years we realized that we created a mess of anxiety in those preceding years for nothing. By kindergarten my daughter was being taught music by the wife of the studio owner where all of my bands recorded. Her after school activities were led by a retired musician who reminisced about the best and worst venues with me and dubbed my kid “Rockin’ Riley” after she jumped behind a drum kit like she owned it. Somehow a bunch of amazing, artistic people made their way to the same school under the direction of one of the wisest, most loving headmistresses in the country. It’s a small world for sure. Sometimes I still get side eye when I show up at a lacrosse game wearing glow in the dark skull Vans and a Pennywise hoodie, but I think I can safely say that would happen anywhere my kid ended up. It’s hard not to look twice at the middle aged mom dressed like a teenage boy. At least the teachers can match the kid to parent when my daughter shows up the next non-uniform day in a Distillers t-shirt and camo joggers. If anything, they are thanking their lucky stars she hasn’t developed my mouth just yet. Never fear, there is still plenty of time.