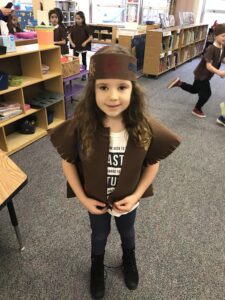 When I was little, my dad and I were part of a dad/daughter group called “Indian Princesses”. I’m not sure what the organization’s purpose was, but our group was under the impression the goal was for young girls to get into trouble while their dads drank heavily and played cards. It’s the place where I learned that too much of anything will make you barf and peeing on the side of the road is only illegal if you get caught. I’m pretty sure I was supposed to be learning survival skills and how to be a proper young lady, but our entire group was asked to leave a camping event before I learned any of those skills. This may explain why I can’t start a fire or engage in cocktail party chatter today.

Years later I met a man who was taking his daughter on an Indian Princess campout and he stated that alcohol was no longer allowed in the cabins because “a few bad apples ruined it for everyone”. I refrained from telling him that I was one of those bad apples he was referring to. The same year we were asked to leave was the year my dad brought several cases of whipped cream and we covered half the grounds with it while having a massive whipped cream fight. I vaguely remember leaving the event early and heading to someone’s cottage for the rest of the weekend. It was the equivalent of being called out in class and told to go to the principal’s office. Every eye in that mess hall burned our backs as we packed up our RV and headed south. Our exit bypassed the principal’s office and headed straight out the back door with two middle fingers in the air. Years later when I literally did the same in high school, my dad couldn’t really say much. That was a life lesson I got from the Indian Princesses, when the man tells you to shut it down, pack up your party and head to the lake. Here are a few other things I learned while hanging out in the woods with feathers on my head:

**Of course I listed to some classic 80s music while I wrote this!!