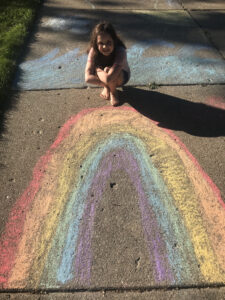 While my daughter was doing volunteer work at school last week, the organization they were working at passed out a survey to get some background information about their volunteers. While in theory, this is a good practice, the volunteers on this day were fifth and sixth grade girls who didn’t even understand many of the questions, especially about sexual identity and orientation.

I received an e-mail later in the day from the head of school explaining what happened and offering an apology. The surveys were collected by the school since the girls did not have parental permission to be giving their phone numbers and addresses to strangers at a homeless shelter. I’m sure the surveys were pretty useless anyway since most of the girls had no idea what the options meant. I just felt bad for the teachers who had to field questions about the meaning of terms like pansexual and transsexual.

After reading the e-mail I asked my kid about the survey since she had not even mentioned it. She said her concern was that she couldn’t remember her phone number. Luckily an older girl next to her instructed her not to write her address or phone number on the form. I asked if any of the questions were confusing and she assured me she understood them. When I prodded for more information she told me that she answered “female” for her gender and “straight and homophobic” for her sexual orientation. This second answer gave me a little pause. I will concede that a lot of straight folks like myself are pretty vanilla, but we are not all bigots. Either she misread that question or the survey takers think all straight people are homophobes. I was leaning toward her not remembering the answers so I asked if she knew what “homophobic” meant. She informed me she did not and when I said it means you are afraid of and dislike gay people, she was horrified. I told her the term that meant the same thing as straight was heterosexual and she started laughing and said “yeah that was it!” I could not even contain myself to continue the conversation by that point. I guess we are getting to that sex education part of parenting a little sooner than I expected!

**Of course I am listening to the Queers while writing. How could I not?!