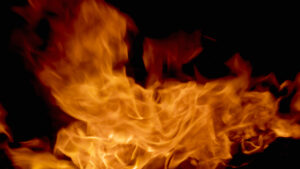 My husband mentioned last week that it had been awhile since I set a stove on fire. I don’t know why or how it came up, but it was a valid comment since I have, in fact, incinerated a few stoves and ovens in my day. But with that comment, he inflicted a curse on our house. The following day my dryer turned off by itself after running for five minutes and when I opened the door, I was greeted by the smell of burning plastic/wires/electronics/etc… This is a smell I know well.

We called a repairman out to have a look and we were informed that the repair of our 10 year old dryer would run us somewhere between $600-900. The service call was well worth the fee though because we learned what brands not to buy. Strangely, it was pretty much every brand that the big box stores were running sales on last weekend. Also, the fact that each of the brands he recommended were American was a little suspect, but he explained that the parts for foreign machines were difficult to get and that the quality of the brand we currently had peaked at about the time we bought our last machine and had been going downhill ever since. I didn’t ask if he was a card carrying member of the proud boys or anything, but I don’t think his recommendation was made based on being a redneck.

After considering how much laundry I do in any given week (3-6 loads), I promptly went online and ordered a washer and dryer set. Our washer was working properly but I’m no dummy and know that if I replaced only the dryer, the washer would go up in flames the following day. If anyone could cause something that dispenses water to burn to ashes, it’s me. On Friday night I placed my order and scheduled a delivery for Sunday afternoon. My husband spent the next afternoon preparing for the delivery by removing doors and unhooking our old machines. I knew enough to pay the extra charge for the delivery guys to cart away our old crap. 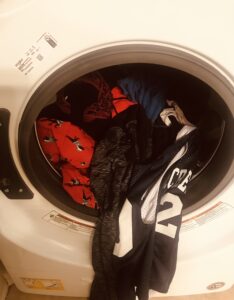 Sunday rolled around and we were informed that our delivery would be late, which was fine until the truck showed up and the delivery team informed us that their work order did not include taking anything with them and that they had our order but it included a dryer that had very obviously been in someone else’s house and was missing the legs. They refused to take our 10 year old dusty machines and we refused to take their broken merchandise.

When I called the store (as instructed by the deliveryman), I basically got the run around for several hours. I talked to a woman who I am pretty sure had short-term memory issues because she called me back three times to confirm the details of my problem. I thought it was pretty cut and dry but she was having some trouble understanding the specifics. She was under the impression I ordered two washing machines and didn’t know why I wouldn’t let go of the broken one when the delivery men tried to take it. I’m now wondering if she was under the impression she was calling a laundromat. She left me with a broken promise of a call back to resolve the issue.

The next morning I called back and spoke with someone who, amazingly understood my dilemma and helped me resolve it. He was astonished that the delivery guys refused to even look at our invoice that verified we had paid for them to take away our old stuff and said that if it happened on the next delivery to call him right away. He also informed me that the washing machine we ordered never made it back to the store. I am now guessing that the delivery man didn’t have the time to haul away our stuff at 5:30 at night because he was preparing to hook up his brand new washing machine that “fell off the truck” somewhere along the way.

Unfortunately, even with Mr. Helpful on the case, we still had some hurdles to jump since the washer/dryer set I originally ordered was out of stock. We ended up being upgraded to a more expensive model but he had to call all over to get manager approval. When the order was finally ready to process, our Lowe’s credit card was rejected for too much activity. Apparently they frown on stores attempting to return items so I had to call to get the hold removed. By the time the items were authorized, purchased and scheduled for delivery, I had spent 4 hours and 48 minutes on the phone with various Lowe’s employees and yelled at at least three of them.

But today, we have a washer and dryer. My husband did have to install them himself since the deliverymen said they were unable to touch our old tubes and clamps for liability reasons. But that was probably for the best since one of the guys was sweating so profusely I was afraid he might actually slip and fall in his own bodily fluids in my hallway. And I couldn’t have waited another minute since my kid wears about 12 outfits a day. If anyone needs me, I’ll be slowly unburying myself from mounds of clothing I have been trapped under while on hold.

**Nothing makes me feel better than good old fashioned punk rock when I am annoyed and frustrated (or happy, angry, ambivalent…)