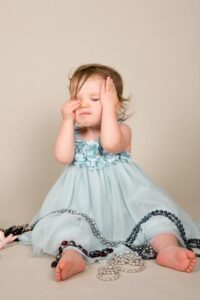 People have lost their minds. Bat shit crazy, lost their minds. In just a week almost every one of my family members has had an encounter with a lunatic demanding everyone step aside for them to assert their rights. Strangely, not one of these incidents was related to wearing a mask in public which is where I see most of the lunatics asserting their “rights”.

My poor husband who never bothers anyone encountered some crazy old man who told him to “fuck off” after his dog came running through the school yard. The man had intentionally let his dog off it’s leash a foot in front of the “no dogs allowed” sign at the gate of the baseball field and the dog promptly charged my husband. When the sign was pointed out to the old geezer, he went on a tirade, swearing at my husband. Unfortunately, the dogs on the playground are common even though there are multiple signs forbidding it. One man told me not to worry because his dog was nice as it knocked down my toddler. I said “listen dude, I don’t know you or your dog, but I can read and your dog isn’t allowed here, and it certainly isn’t allowed to run wild without a leash in public”. He actually had the nerve to tell me to close the gate because the dog owners didn’t want the dogs escaping. I told him a leash would prevent that. There are dog parks for a reason. I like dogs even though I am allergic to them. I just don’t like having a dog inflicted on me or my family in a public place. It’s the equivalent of me sending my kid out to play with a steak knife. You never know what’s going to happen.

Even better than a rude dude with a dog is a rude dude with a cell phone. My dad was mowing his grass and as he drove his mower up to the driveway to empty the clippings a man came walking by on his cell phone. As the man walked closer he started making shushing motions at my dad and signaling for him to turn off his lawn mower. He pointed repeatedly at his phone and put his finger to his lips in an effort to persuade my dad to be quiet. My dad just laughed (and I suspect revved the engine a few times). I wonder if this guy called the airport to ensure no planes would be flying overhead during his super important call. My dad should have driven up around him in circles asking him why he was signaling him and what the hand gestures meant. I only wish the swearing dog owner lived in my dad’s neighborhood to see what kind of entitlement face-off could have ensued. 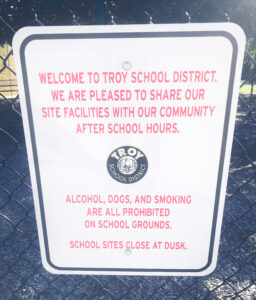 Some things just seem like common sense to me. Like if you want to let your dog run wild, go to a dog park, or your own backyard. If you want some quiet time to talk on the phone, get in your car or stay in your house. It’s rude to cut in line (even if it is to pick up your kid from school). It’s also rude to talk on the phone in a movie theater, while a cashier is helping you, or while you are in the middle of a meal. Kids play outside, and they may make some noise. People cut their grass, build decks and remodel their kitchens which might also be loud occasionally. The world does not revolve around you. Or her. Or him. Or me.

Oh yeah, and when you do feel like you are entitled to be an asshole, remember there is always a bigger asshole out there. I told my husband I would have followed that old man home and covered his lawn in dog poop the following night. I told my dad I would have followed the shusher all the way down the street cutting every neighbor’s grass on the way and singing really loudly and off key. Sometimes people just need to have a mirror held up to them to see how obnoxious their behavior is and I don’t mind being that mirror.