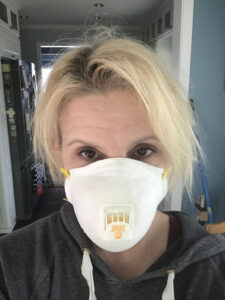 This social distancing thing has been really eye opening on a lot of fronts for me. I have learned that some people just don’t understand what combinations of words like “social” and “distancing” mean together, much like “self” and “checkout” at the grocery store seems to confound people. I have also learned that people have spacial relation issues and do not understand the difference between six feet and six inches. And worst I have discovered that I may actually be a rule follower deep down.

Let me start by saying I am not a catastrophizer, I am also not a joiner. But when I heard that we could avoid spreading an illness and give our healthcare workers the space they needed to help the sick simply by staying away from other people, I hopped on that bandwagon, and quick. I promptly took off my pants and crawled under a blanket on the couch. This kind of social action is right in my wheelhouse. It took me a full two days to realize that my family would also need to stay at home putting an end to my month long pants-free marathon of Jaws and Taxi Driver on repeat.

Luckily the weather has been beautiful, and I am taking advantage of it when my house gets too peopley for me. I have been going for walks at the nature center up the road which is where I have been learning all kinds of things about nature of the human variety. There are usually a handful of people walking the paths, but for the most part people are pretty respectful of the distancing rules. We see each other coming and both parties walk out to the far edges of the path to allow about 8 feet between each other. I have seen plenty of teenagers wandering around, reeking of weed, holding hands and climbing on tree stumps, that I can only assume are not from the same household, but they stay away from the other pedestrians. I have seen old people, young people, moms with their littles and dads with their older dads.

But a week ago I saw something that made me wonder what the hell is going on. I was approaching a little bridge and from about 50 yards away I saw what I thought was a punk rock mom with turquoise hair and a baby stroller standing at one side of the bridge headed my way. I calculated the time it would take me to get there and assumed they would be across by the time I got anywhere near them. As I came closer to the bridge I realized that the figure I saw was not in fact a young mom with a stroller but an elderly blue haired woman with a walker. She had only made it about halfway across the bridge and as I approached she started yelling hysterically “give me 6 feet please! Stay back! Give me 6 feet!” I was at that point about 30 feet from her but I stopped where I was. I watched as she hobbled with her walker closer to me. I was wondering why she wasn’t at home seeing as she was elderly and clearly worried about coming in contact with other people. I was also wondering why she chose to take her walker for a stroll through wood chips and tree branches instead of the sidewalk. I was wondering if she would make it up the hill ahead or if they would have to medivac her out once the sun went down. I was wondering if I should warn her that the entire trail was engulfed in mud a little further along. I wondered if the wild turkey would have a run at her seeing that it’s mating season. I wondered about a lot of things. Mostly because I had about 40 minutes to wonder as she crossed the bridge. I may have taken a short nap as well. It’s hard to say now. She finally passed and I headed back down the trail. I have yet to encounter her dead body or discarded walker so she somehow managed to make it out by the following day. I’m just thinking if you can’t distance yourself from other people and you have to rely on others to make room for you as you are out and about, maybe you should not be out and about. Just saying. 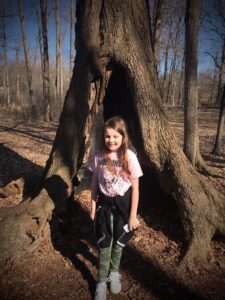 A few days later I was back out in public, avoiding being around people. I had a few large envelopes that needed to go in the mail. I figured going at night and using the kiosk would allow me to avoid people, but I was mistaken. I pulled up and saw two other cars in the parking lot so I waited to enter. As I waited, another car pulled up and a woman jumped out and walked in with no mask or gloves. She emerged a few minutes later, as did another person. Only one other car sat in the parking lot so I went in. Of course the car belonged to a woman who was using the one operational kiosk in the building. I took my place in line about 10 feet behind her and waited as patiently as I could. She had been in there for at least 5 minutes prior to me walking in so I assumed she was near finished. I was again mistaken. It took her another 7 minutes to finish her transaction. I know this because I timed her. I’m not sure what she was doing, but she only mailed out one package in the end. During that time another woman walked in and jumped in line right behind Molasses Sally. She turned to see me standing there, made an uncomfortable shrug and proceeded to walk right over and stand next to me. Not 6 feet next to me, not behind me, but directly to my right. We could have held hands. Said woman was not wearing a mask or gloves or anything. Although she was wearing pants, so she had that score on me. I was in fact in pajamas and flip flops. I stepped away from her as she jabbered at me about how she had been to two other post offices already and just had one envelope to mail but couldn’t get it done. I looked around and backed away like she was holding a bomb. She clearly was unable to judge 6 feet or was one of those people who just didn’t understand what is going on right now. I literally doused myself in hand sanitizer when I got back in my car. I try to view all people as if they have a really bad case of head lice. That’s how far I stay away. If I can picture one of those little bastards jumping on me from someone else’s head, I back up. Maybe that’s how the media should be explaining the six foot rule to people.

I told my husband the other night that I have seen a lot of people who are treating this whole pandemic like it’s end days or something. I’m watching people have no fucks left to give and it’s kind of pissing me off. Mostly because it’s making me be a rule follower and be all church lady about the lawlessness going on. I saw a young couple walk into the nature center the other day with a dog. They stood in front of the giant “no dogs allowed” sign discussing it before they entered, and apparently made the decision that rules don’t matter in a crisis. I was livid. Like, unreasonably angry about their brashness. And this was not the first time I have seen such guffawing at the law. People are riding their bikes down the middle of the road in my neighborhood, people are getting in the express line with 11 items and people are unashamedly jaywalking. Jaywalking, I tell you! I saw a guy smirking at me as he strolled across the road the other day while I was driving. I said right out loud “Yeah, keep smirking. I’ll run your ass over!” God help me, I’m not only following rules, I am disgusted with the people breaking the rules. I have turned into one of those assholes. I came home, told my kid to quit doing her homework and go play in the street just to prove everything was still okay. Tonight I am going to drop a Henry Rollins book in her hand just for good measure.

The world may be a little upside down right now, but I’m confident we are going to come out of this a little better than we were as human beings. I’m going to give the hysterical old lady twelve feet instead of six. I’m going to just let the clueless lady cut in front of me instead of breathe on me next time. And I’m going to try my hardest not to mow down any jaywalkers. I can’t make any promises, but I have been getting away with breaking the rules my whole life, so I am going to just let that shit go.

**”Waiting Room” has been in my head since my husband started singing it to me last week. Put it in your head too!