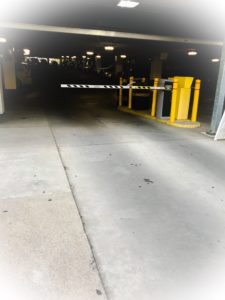 I am a freshman, again. I am living proof that if you don’t get it right the first time, you can just keep going back and trying again. I have been a freshman a handful of times now. What can I say, I like school. That, or I like the idea of a profession much better than I actually like working, so I keep changing fields. I am sticking with the notion that I am just thirsty for knowledge and on a constant joyful quest to better myself.

I am in graduate school again and I am finally attending a school where my Dad received a large portion of his education. The Old Man went to half the schools in the state of Michigan. Are you picking up on a theme here? My Mom also has a number of degrees, so the whole idea of me going back to school now was not unusual in my family. In fact, everyone is pretty excited, except for my daughter who realized that my school schedule may cut into her ordering me around schedule. She likes me to be the one to put her to bed at night. I burn a candle in her room while she reads and fluff her pillow before I put her ice pack inside to keep her head cool. God forbid, her Dad forces her to brush her own hair. She was not as upset when she learned that I would be returning from school right before she dozes off at night. I can even tuck her in if I hall ass from downtown Detroit fast enough, which is typically not a problem for me, except I am a silly freshman who can’t seem to figure out the parking situation at my new school so it takes me about a half hour to get my vehicle onto Woodward.

Let me start by saying I did not drive my first time around in college. I mean, I drove, but rarely on campus. My car stayed put while I rode a bike to class as an undergrad. I didn’t do this because I was a fitness junkie. I did this because parking was a nightmare in East Lansing and if I drove onto campus, I would have spent the next three days trying to get my car out of impound. There was very little parking on campus and I was poor so I biked everywhere. When I went to graduate school afterward, it was at a small business college that had loads of parking around the one building it occupied. The school was literally smaller than my grade school in square footage.

So now, here I am back at a larger university, spanning almost 200 acres. I know this is really nothing to navigate after the 10,000 acres of campus from my undergrad years, but I am now a middle aged woman, and apparently with age comes forgetfulness, and forgetting where my classes are and where my car is are not foreign concepts to me. I have lost my car at the gym, the mall and even in a park once. I am no stranger to walking around looking confused. The thing is, I don’t really want to be doing this downtown. It might be misconstrued as an invitation to rob me. Also, since most students commute, there are parking structures and lots on almost every corner.

Knowing that I am often running late and forget where I left things like my car, I opted to purchase a parking pass. The thing is, you have to buy a pass for a specific lot. I looked at the map and purchased the pass for the lot closest to the building most of my classes are in. I coughed up a couple hundred bucks for said pass, but I figure that’s a small price to pay for being able to locate my car after every single class I attend. When I shared with my Dad that I had paid in advance for parking he shared with me that he used to get into the parking structure like everyone else, but when leaving he drove to one end of the lot and drove over the curb, over the sidewalk and onto the street without paying. Now I know why all of the new structures are completely enclosed. He started asking me about the lot I would be parking in and trying to devise an escape route when I disappointed him by telling him I was actually going to follow the rules on this rare occasion. Maybe after twenty years of schooling, fifteen years of marriage and a child I am finally growing up. That or I know nobody is going to bail me out after I get arrested for something stupid like jumping a curb to save a couple bucks in parking fees, except for my Dad and he never answers his cell phone.

The funny thing about this is that I actually almost had to jump the curb to get out of the lot during my second week of classes. I had been gaining access to the lot for a full week by using the intercom or flagging down parking garage staff since the scanner was not reading my tag which was sitting on my dashboard. My car’s rear view mirror does not allow for the tag to properly hang so I leave it on the dashboard and hold it up to the windshield as I drive up. I was pretty convinced my car was the problem and I would finally find the sweet spot to hold the tag after multiple attempts, but I never did. One of the people tying to assist me on the third day told me to back up and pull up again slowly, repeatedly until he was satisfied the tag wasn’t reading. Nightly, upon leaving I had to use the intercom to ask someone to lift the gate and release me. On one of these occasions, nobody answered my call for several minutes. I don’t know if I had caught the man on the other side of the little metal box on a potty break or if he was engulfed in a good book, but based on his demeanor when he did answer, he was not thrilled about being disturbed. By that point I had a line of about 10 cars behind me and literally no way out. I was seriously considering plowing through the gate or jumping the curb by the time Sleepy McCrabbypants finally lifted the gate.

One would think after that ordeal I would call the parking office to figure out what the problem was. One would be sadly mistaken and I would argue that one might not fully comprehend my ability to ignore a problem until it somehow solves itself. And a solution did present itself the next night when I was attempting to park. As usual I pulled up to the gate and was not admitted. I was beginning to feel like a dude standing outside of a club watching all the pretty girls being admitted and wondering when it would finally be my turn. I once again used the intercom. This time a younger female answered my call for help and instead of asking for my permit number she asked for my name. I swallowed the urge to shout “Tallula Lipshitz” and gave her my real name, fully suspecting that she just wanted to be able to share with her coworkers the true identity of the moron who couldn’t navigate pulling into a parking structure. But it was even worse than that. She calmly told me “you are in the wrong lot. Your permit is for lot 50. You are at structure 5.” I asked where lot 50 was and she almost laughed as she told me it was a few blocks away on the other side of the freeway. The thing is, I looked at a map when I bought the permit and I’m pretty sure I wouldn’t have thought running across a freeway would be fun before and after class. Then again, anything is possible with me.

When I applied to school again this time, I thought my biggest problem would be finding time to study. Now, three weeks into classes I am debating whether I should get a new seat on my bike to ride seventeen miles to class or recruit my Dad to teach me how to jump a curb without damaging the frame of my car. I guess I could always just call the parking administration and ask to have my permit changed to the structure I have been parking in for the last several weeks, but that seems like such a sophomore thing to do, and I’m a freshman.

*Of course I was listening to Milo Goes to College when I wrote this!