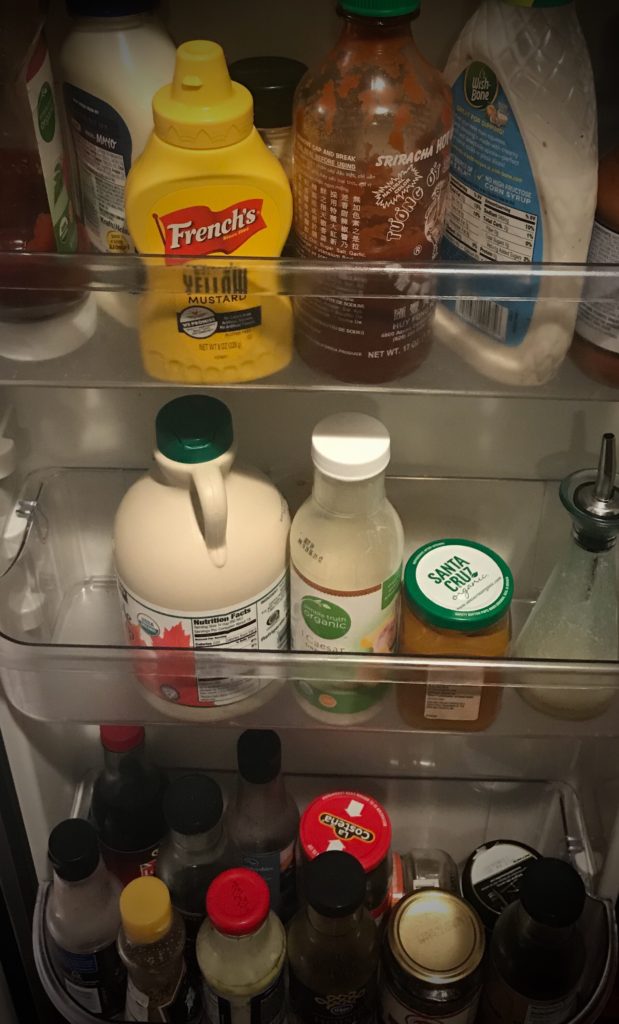 My mother doesn’t throw away anything. I know this is a common theme with moms – saving memorabilia from life events, family vacations, and preschool art projects, but my mom takes it to a whole new level. If I am ever in need of an unusual object, I ask my mom if she has it before running to Target. My husband used to be surprised by this, but over the years he has come to appreciate it. I remember going to a Hawaiian themed party years ago and telling him to call my mom to see if she had grass skirts and leis. He thought I was crazy until he made the call and discovered that she had both items, and in fact had a grass skirt small enough for our then two year old daughter. Not only does she have everything, she usually has multiples.

Unfortunately, her aversion to throwing things out also carries over to the contents of her pantry and refrigerator. This has been an ongoing theme for my family since I can remember. I have always checked the expiration dates knowing that salad dressings found in my parents’ refrigerator could be up to five years old. It takes years to get through a bottle since there are about twenty seven varieties available at all times. I recall helping my dad move their previous fridge out to the garage and finding a bottle of bleu cheese dressing from the 90s as well as a thirty year old bottle of peppermint schnapps in the door. I think we ended up throwing out half of the contents of the refrigerator that day after discovering condiments that somehow migrated from the previous appliance from the 80s. My mom was out of town during this event or I’m sure half of the items purged would have somehow found their way to the new refrigerator.

My mom’s aversion to discarding anything is most evident at their lake house. This second home has become the dumping ground for everything she can’t bear to part with, but can no longer keep at their main home without appearing crazy. I have to admit, I have taken advantage of this storage space myself when I discovered that I was unable to discard things like my daughter’s first doll house, the one she played with a total of three hours in her life. I have since moved a handful of toys to the “playroom” at the lake house where no children ever play. I would have put all of this stuff in the basement, but that part of the house is packed with enough Christmas decorations to light up the block. There may also be a unicycle rolling around down there. 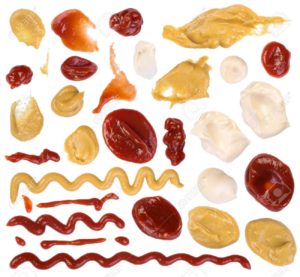 I always think of the lake house refrigerator as a relatively safe place since the house was purchased just eight years ago and isn’t used all that frequently. My thought is that perishables are purchased in smaller sizes and used quicker. This apparently is not the case. We sat down to dinner last week, and my husband, as he has become accustomed to doing, flipped over the bottle of mustard to check the date before opening it. He announced that the mustard had expired the previous year. My mom immediately ran to the refrigerator, declaring she had another bottle. Of course she had multiple bottles – there are close to thirty bottles of salad dressing in her other refrigerator. As she handed him the new yellow bottle, he flipped it over to reveal an expiration date in 2017. She didn’t give up, but returned with yet another bottle. He looked at the bottom of the third bottle to find another two year old expiration date. As my mom stood racking her brain for the last time she bought condiments I delved into the refrigerator to see what other toppings I could find for the burgers. I discovered mayo that expired in 2018 and miracle whip that expired in 2017. Apparently my mom stocked up on the condiments in 2015 and 2016 but hasn’t done so since. It makes sense, when you can’t fit any more plastic bottles of goo in your fridge doors, you stop buying.

In the end, the burgers were so good they didn’t even need toppings. My mom smeared some dill dip on her bun, my daughter and husband had plain ketchup and I ate mine with nothing at all. Who knows if my dad even noticed. He probably used the expired mustard or some twelve year old steak sauce. He is immune to expired food at this point. My mom has been pumping him full of month old lunch meat and eight year old salad dressing for years.