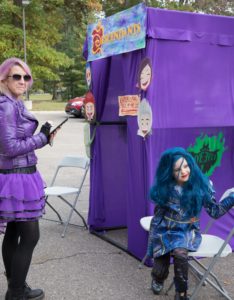 I’m rotten to the core.

I don’t know why I always identify with the villain, but since I was a kid I have always felt a certain camaraderie with the “bad guy”. I have always been drawn to people who are clever and ingenious. I like someone who is quick witted and a little cynical and if he can con Kanye West into shutting his egomaniac piehole for 30 seconds, even better. That kind of magic is like watching the Sistine Chapel being painted. Unfortunately, this kind of artistry is rarely used for good. It’s always the villains who possess these qualities in books and movies.

When I was a small child I was never a big fan of fairy tales. I did like Sesame Street and my favorite character was Oscar the Grouch. I also liked Animal from the Muppets and of course the Grinch. I liked the bad boys and the cynical jerks even as a kid. I progressed to Travis Bickle  and Lestat as a teenager. It wasn’t until I was in college that I understood that being called cunning wasn’t a compliment. I guess my moral compass has not always pointed due north.

I would argue that sometimes there is justified revenge and there is almost always appropriate retribution for being wronged. Neither begin with turning the other cheek. My favorite characters in books and movies had usually been wronged in some way, big or small, and they reacted accordingly. If that made them villains, so be it.

When I was 21, I started a business – a record label. It was named Medea after one of the most interesting characters in Greek mythology. She murdered her own children to make her ex-husband pay for his infidelity. Talk about blind rage. She has always been one of the ultimate villains because she didn’t care about her own suffering as long as she exacted revenge on those who had hurt her. The ironic thing about this is that a large part of my time in this business was spent babysitting a bunch of guitar playing man-boys. If Medea’s children behaved anything remotely like these guys, I could see where she was coming from.

My husband has always found my love of villains to be a little unsettling. When I read “Gone Girl” I was rooting for Amy. I wanted her to make her husband pay for having had an affair. It didn’t matter that she was bat-shit crazy, he had to pay and the punishment had to be exponentially worse than the crime. We read the book at the same time and had totally different reactions. I was cheering for “my hero” while he was horrified that she was getting away with it. I felt the same way about Alex in Fatal Attraction. Again, I am all for justified revenge. Karma is a bitch, but not always swift.

I have been binge watching Breaking Bad over the last month. Walter White is one of my favorite villains, mostly because we get to see him transform from a doormat to a badass over time. Also, he is clever and smart. He is a meth-making MacGyver who took on every possible enemy from the Mexican cartel to ex-con neo-nazis and won, all while kicking cancer’s ass. So what if he poisoned a kid and set up his brother-in-law to take the fall for him as the biggest meth producer in the southwest. I mean, everybody has their flaws right?

I think one of the reasons I can relate to the more villainous characters is because they are who they are. They are real, flaws and all. I like people who don’t take crap from anyone. They don’t care about being liked, they just do their thing. I think most of us have a little villain in us which is why these characters are so relatable. We just don’t let our inner villain out of its cage often, if at all. I probably let mine out a little more than I should, but hey when you have a gift, you really should share it!