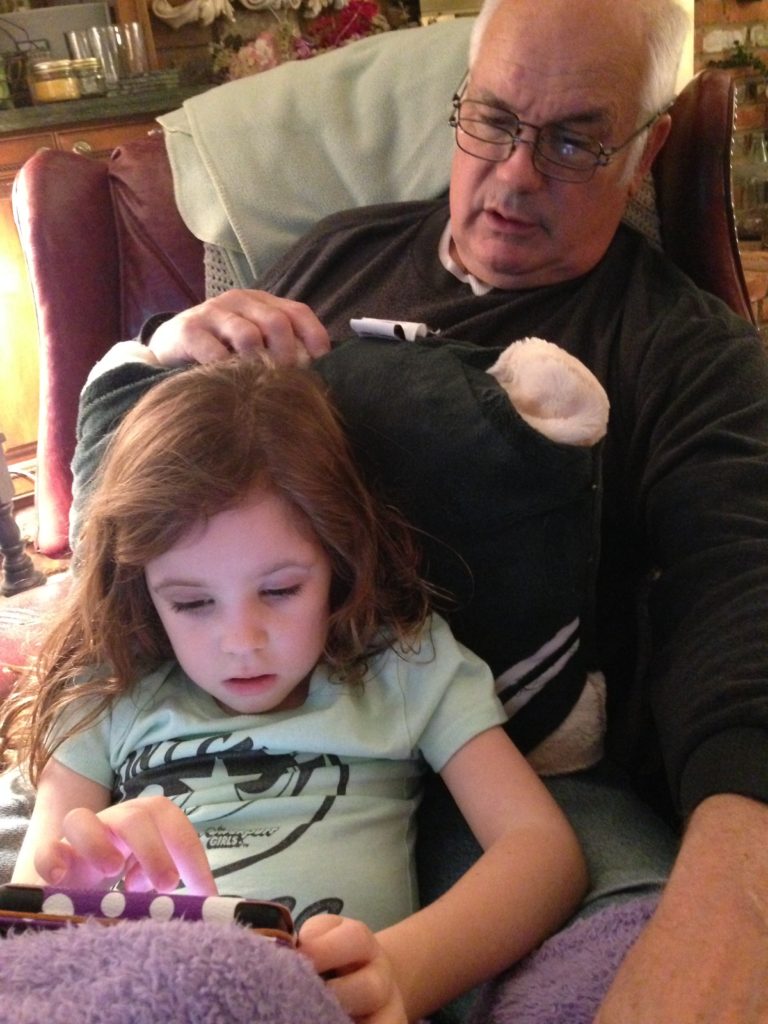 Like all good parents we have password protected our devices, including my daughter’s Kindle, to prevent her from online shopping and/or purchasing apps or games by herself. You wouldn’t think a six year old is able to online shop, but she sees a lot of it going on in our house as well as her grandparents’ house. Quality grandma/granddaughter time consists of searching different legos or barbies and scrolling through pages and pages of product photos. Mini-me can even find where the toy is sold for the best price. I don’t give my Mom a hard time about this because I know that intelligent shopping is in fact a skill that will benefit my child later in life, namely when she needs a pair of knee high black boots that are appropriate for both the office and a night out. It is a skill I acquired from my Mom before there was even such a thing as online shopping!

The password also keeps her from being able to pick up her device and use it without our permission. I am awoken on most weekend mornings by a tiny finger poking me in the middle of the forehead. When I decline to jump out of bed within ten seconds a pink Kindle is shoved in my face with a shake. I type in the four digit password and am left to sleep for an additional half hour.

My husband and I both have the code and we have also shared it with my parents so they can unlock her device when she is with them. This was clearly a mistake. My Mom remembers the code and uses it when needed. My Dad can’t remember the code from one day to the next so he has to consult my Mom for the code every single time my kid asks him for help logging on.

Yesterday, I heard my husband ask my daughter how she was able to get on his phone. She had picked it up on her own and was watching videos. His code is the same as the one we use for her devices. She proceeded to tell us that Grandpa told her the password. I was unclear as to how this would happen since she shakes her Kindle in my face with her password demands when she wants to use it to play a game. I was under the impression that my parents got the same treatment. I was immediately concerned because I thought she had figured out a way to outsmart the Old Man and weasel the password from him. This is not at all what transpired.

My Dad had taken my daughter out to their lake house to do some work. When they were driving home she asked if she could play on her Kindle. I can only assume that she was being persistent or she had worked really hard because he allowed it (which is unusual in the car). Since the four digit password is something that just will not stick in his head, he called my Mom to give it to him yet again. As she recited the digits over the phone he repeated it to my daughter and let her type it in herself. He didn’t pull over and stop the car. Part of me just shakes my head at this but the other part of me completely understands after having witnessed my Dad entering the password on his own. It is similar to watching a monkey use tools, all of the anticipation of wondering if he can do it and all of a sudden he is in!

I would explain to him why this was a bad idea, but he is so bad with technology that he has to have my daughter operate the television when he babysits. I get the impression he may not have been able to enter the password on his own even if he hadn’t been driving at the time. Seriously, he signs his text messages “Dad” on the far right of the text. So I am not surprised when he does something like this. We laugh and change the password. It could be worse, and knowing my Dad, it could really be a lot worse!