We’re Gonna Make You a Star 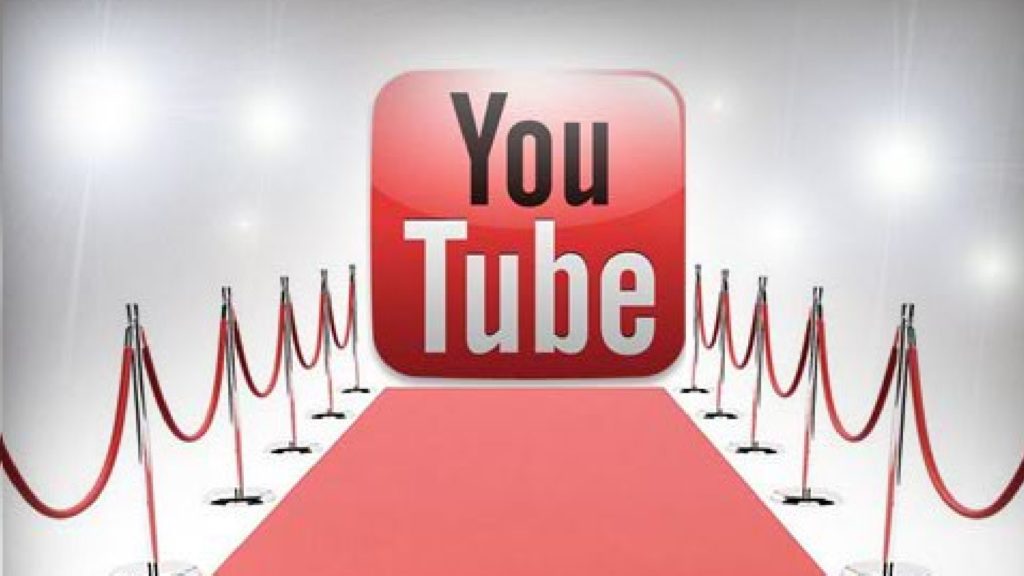 The whole country wants to be famous!

Over the last year my daughter has become intrigued by YouTube. She started watching a woman who bakes and does silly challenges like “not my arms” and a bunch of blindfolded food tasting. Some of the videos are funny, some are stupid and some actually teach my kid how to do something! I became intrigued when I read that this particular YouTube star made $6 million last year. After reading this I jumped right down the rabbit hole and read dozens of articles about people who are YouTube famous. Sadly, the top earner is a guy who makes videos of himself playing video games. People are now so lazy that instead of playing their own video games they watch other people play the games on YouTube.

After seeing the ridiculous amounts of cash being handed over for these videos I, of course, had to poke around to see what kind of videos were popular. I found some pretty disturbing things including grown women playing with toys and talking in strange little girl voices, children opening toys for other children to watch and get jealous about (also known as consumerism at it’s finest) and channel after channel of people dumping food on their heads and/or eating disgusting things. If the content wasn’t bad enough, some of the videos were so shaky and the editing so choppy that I thought I might throw up if I continued to watch. My husband and I immediately subscribed our daughter to the handful of channels we found to be acceptable and told her the rest of YouTube was off limits. YouTube, like most parts of the internet, can be used for good or to slowly melt your brain and turn you into a bag of rocks with hands.

This lasted for about a week and then she wanted to start searching for her own content. She claimed she had already seen every video on the half dozen channels she was subscribed to. I had a short talk with her about what it means to exaggerate and sat down with her to find more videos after she conceded that she had not, in fact, watched every video on the channels she was subscribed to. On a side note, I don’t know where she gets speaking in absolutes from, I never exaggerate! 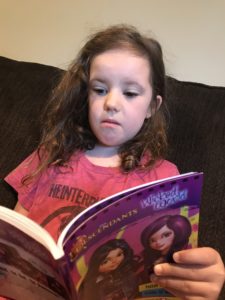 After watching the first ten seconds of about a hundred videos and declining to allow her to continue watching she came across a video of a little girl, not much older than herself, painting her own face like a Disney character. I was even impressed with this kid’s ability to paint her face evenly and with skill. I was not so impressed with the fact that she couldn’t find the word she was looking for when trying to describe the consistency of a product and ended up saying “texture” instead. I am thinking Mom and Dad might want to buy this kid a book every now and then instead of a bag full of makeup. But who am I to judge? My child was reading at age five but still can’t grasp the concept of an organized sport like soccer. We all teach what we know. After watching a few of these videos I realized that the Mom is also skilled at makeup and face painting so I guess she IS teaching what she knows. If only we could find a million people who wanted to watch a Mom and daughter sitting around reading we would also be YouTube famous!

Since my daughter thinks she can do anything that she sees someone else doing, her newest obsession is face painting. She has a pretty healthy ego. She started by painting my face, her Dad’s and then her Grandparents’. She moved on to painting her own face within a day and started using both face paint and makeup. Luckily I don’t really wear makeup but I own a lot of it “just in case” I ever need it. I have pallets of eye shadow with blues and yellows, silvers and gold. I have brushes and bronzers, eyeliner pencils, pens and liquids and lip glosses in every color. Most of my makeup has been relocated to the little one’s vanity table along with her train cases full of face paints. She even asked for more face paint and an 88 color eyeshadow pallet for Christmas. What she got was the paint, the makeup and a mannequin head to work on. I guess my parents were also sick of being her dummies! 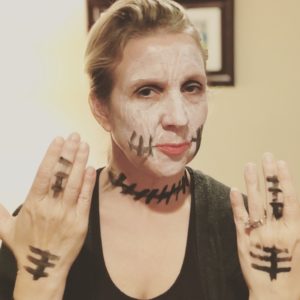 She may have a future in Hollywood or Hot Topic, it could go either way…

For the last two days I have observed my daughter sitting in front of anyone who will listen pretending to be filming a video. She has been performing makeup and face painting tutorials along with inserting product placements explaining what makeup she is using and where it can be purchased. She has actually begun to explain pretty much everything she is doing, whether it be building legos or painting, in great detail as if her entire life is a YouTube video. The kid is a natural.

I have been telling my family for the last year that we should have our own reality television show. Some days it’s hard to believe the conversations my daughter and I are having are actually taking place. Throw in my parents and it would be ratings gold. I guess mini-me feels the same way!