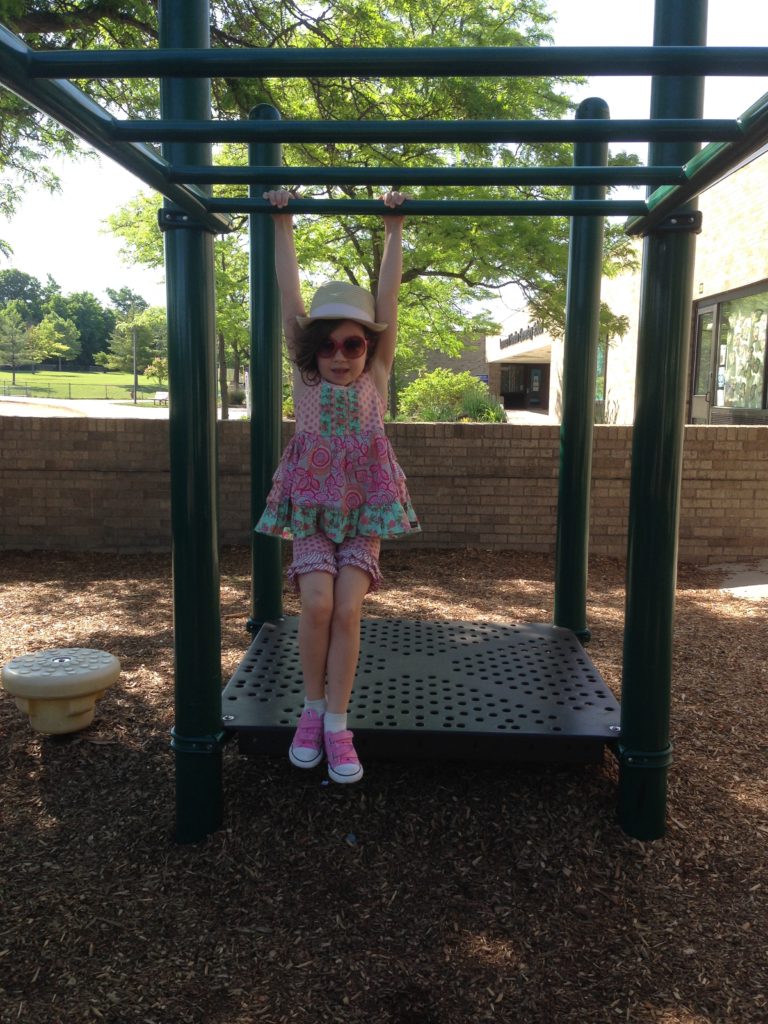 My daughter and I attended a birthday party the other day at a gymnastics center. I watched as the kids climbed up a giant wooden pirate ship built into the wall and jumped into a pit filled with little foam blocks. Some of the kids went to the very top drawbridge, while others would only jump from the drawbridge in the middle of the boat. Some kids didn’t jump at all, opting to explore other caverns. I thought about what I would have done as a child. I would have been the first one up to the top drawbridge, possibly even looking for a higher spot to jump from. I was a daredevil for sure. I see that in my daughter and it scares me because I know the kind of trouble we daredevils can find.

Some people stand at the edge of a cliff and think about the adrenaline rush from jumping. Some people look at fear as exciting rather than scary. I think about all of the times I faced my fear as a child with excitement. I looked at a swing set and saw how the crossbar could be used as a balance beam to walk across. I looked at the stairs and saw how mattresses could be piled up to make a giant slide. I turned my everyday surroundings into adventures because I embraced that feeling in my stomach as something to savor rather than something to extinguish. As I grew older the dangers changed but that rush of adrenaline was still the same.

I think the politically correct name for people like me is “risk-taker”, although my husband’s name for my type is “dreamer”. We are those that either have a really high pain threshold or are too numb to feel the sting of failure. I am aware that I am not invincible, but I still like to test my limits. This is why we do not do well walking through a casino together. My husband wants to spread his luck across the floor while I am happy to plunk it all down on a little red square on the roulette table and let it ride. Sure, I will play the game with the worst odds just to watch that little ball dance around the spinner and land on black. I don’t expect to win, but I like the idea that I might.

I wonder what it is like for parents who are full of fear raising children. It has to be really heavy walking around with all that weight of the “what if”s on their shoulders. They would be better off just bubble wrapping their kids before sending them out to play. I almost did that with Riley once, but it was because she is so accident prone. I let her fall down – a lot. And most of the time it sucks because I don’t want to see her get hurt. I want to run over and save her and make everything happy and nice and comfortable. But then she is never going to get the joy of accomplishment. And she is going to learn to be afraid of the world. So, I sit back and watch her jump off the arm of the couch as my Mom covers her eyes beside me. I know she is going to fall sometimes, but eventually she will fly.