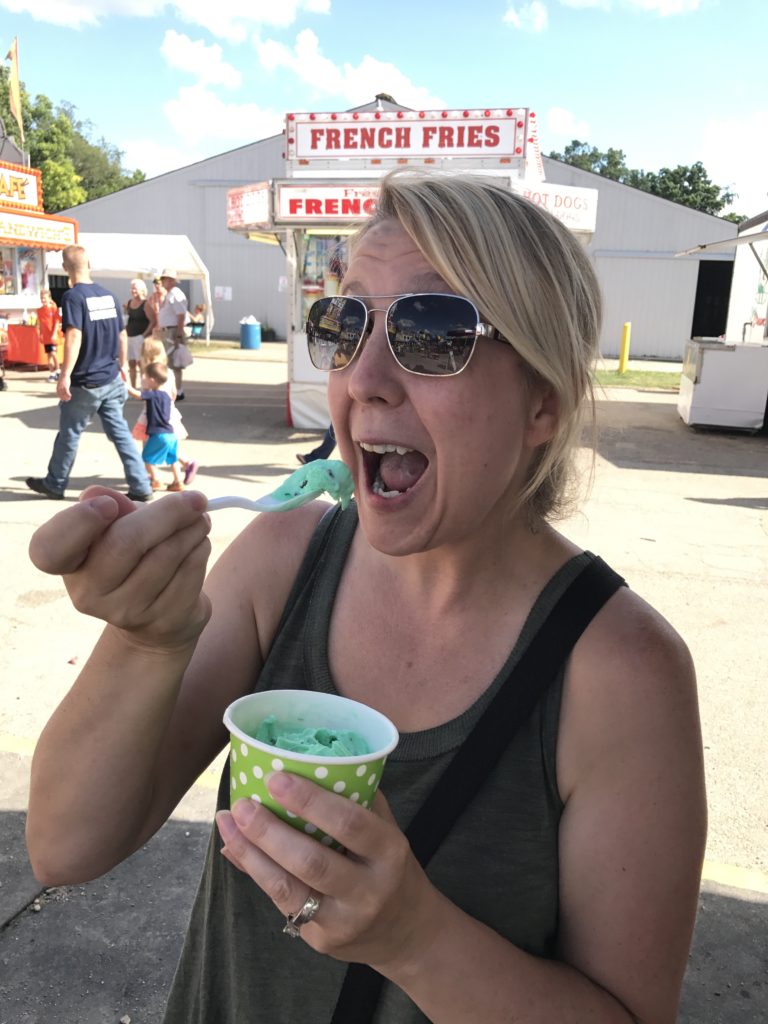 They call me “double scoop” for a reason.

I was talking to a girlfriend today who is making a bad choice but doesn’t really care. She is dating a guy who she knows is bad for her but she can’t seem to stay away from him. My response to her was “Well, I know ice cream is bad for me, but sometimes I just really need to eat some ice cream.” My friends seem to talk to me when they want the okay to do something bad. I am always the one that will support their decision to live a little dangerously. Sleep with the bad boy? Go for it! Quit your stable job to do something you love that pays dirt? You only live once! Let the kids stay with their grandparents to run off to Jamaica for a week of debauchery? Hell yes! I am that friend who will give the bad idea legs to run with.

When I was growing up I was the kid who was the bad influence. I know of at least two instances where parents didn’t want their kids to hang out with me because we seemed to find trouble together. I wouldn’t say I was a bad kid, I was just adventurous and had a hard time following the rules. I questioned authority from a very early age and rarely ran with the pack. If everyone ordered chocolate I was going to get vanilla just to go against the grain. I liked to test boundaries for the thrill and I encouraged others to do the same. I think this would be defined as a trouble-maker.

I’m still that way I guess. I will definitely be there to encourage you to do something stupid if it sounds like fun. It’s not because I want you to get hurt, it’s because I want you to do what makes you happy. Unfortunately that often comes with consequences. I know that the second scoop of ice cream is going to make me feel like crap the next day, but I want the instant gratification and I am willing to pay the price. So, I will encourage you to do the same as long as you know what the cost is.

My answer to questions is often “what’s the worst that could happen?” or “what do you have to lose?” The worst case is rarely what happens anyway, so you may as well go for it. This is probably why my friends’ husbands don’t like me being the shopping buddy. So, if you have that idea brewing in your head about something that will probably end badly but will be a lot of fun right now, and you need that vote of approval, I’m your girl. I say go for it! I will even give you a high five on the way down!