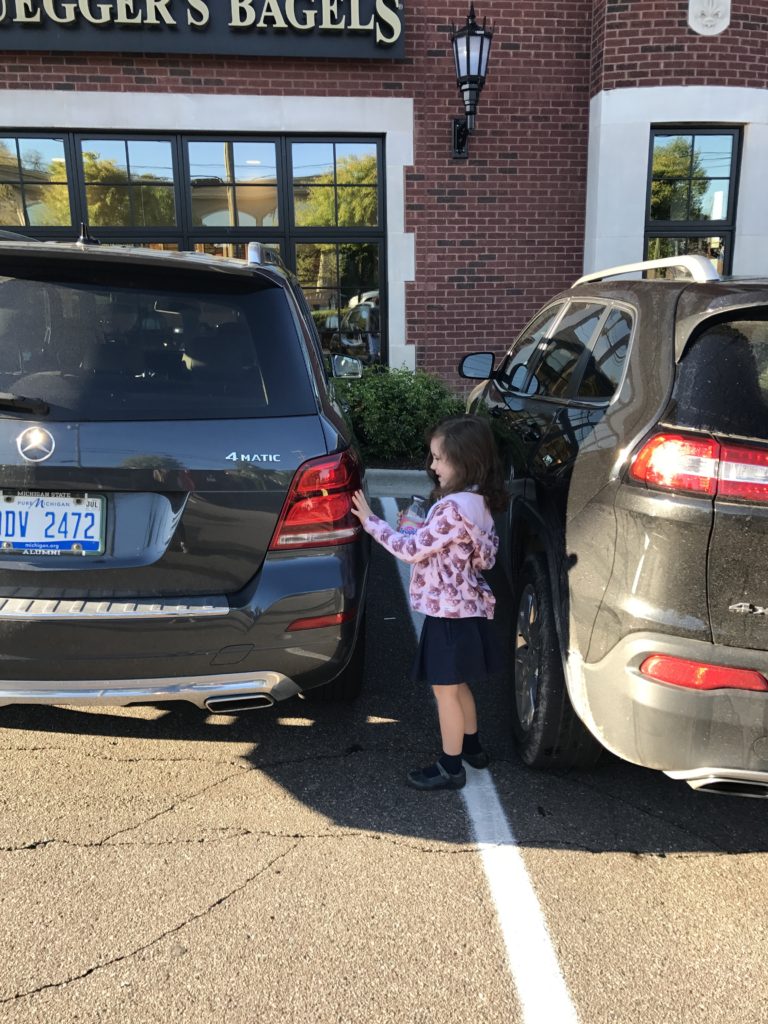 Even the 6 year old could park better!

You know how when you have a new car it is a magnet for every bad driver on the road and in parking lots? My car is three years old and still attracts every bad driver within five miles. There can be thirty open parking places in the Target parking lot and some boob will park so close to my door that I have to crawl in through the passenger door. This inevitably happens when I am wearing my tightest pencil skirt and 5″ heels. Sometimes there is even a gaggle of construction workers nearby to witness my graceful decent into the driver’s seat. Seeing me perform this move, one would never believe that I was, in fact, a gymnast.

This morning was no exception. The only difference is that the offender parked on the passenger side of my car. This meant that my daughter had to climb in through the driver’s side of the back seat and climb over all of her coloring books and art supplies to get to her seat. She was very vocal about her displeasure in doing this. As she was stating very loudly and with conviction “That person doesn’t know how to park their car!” said person came walking out of the building and over to her car. I looked up to see if she heard what was being said and I can only guess that she did based on how quickly she got into her car and drove away. I have to say I was impressed with her ability to squeeze into her car while holding her door open approximately six inches. She backed out quickly while cranking her wheel and almost hit the back end of my car on her way out. As I settled into my seat and fastened my seat belt I responded to my daughter by saying “No honey, she doesn’t know how to drive her car either.”