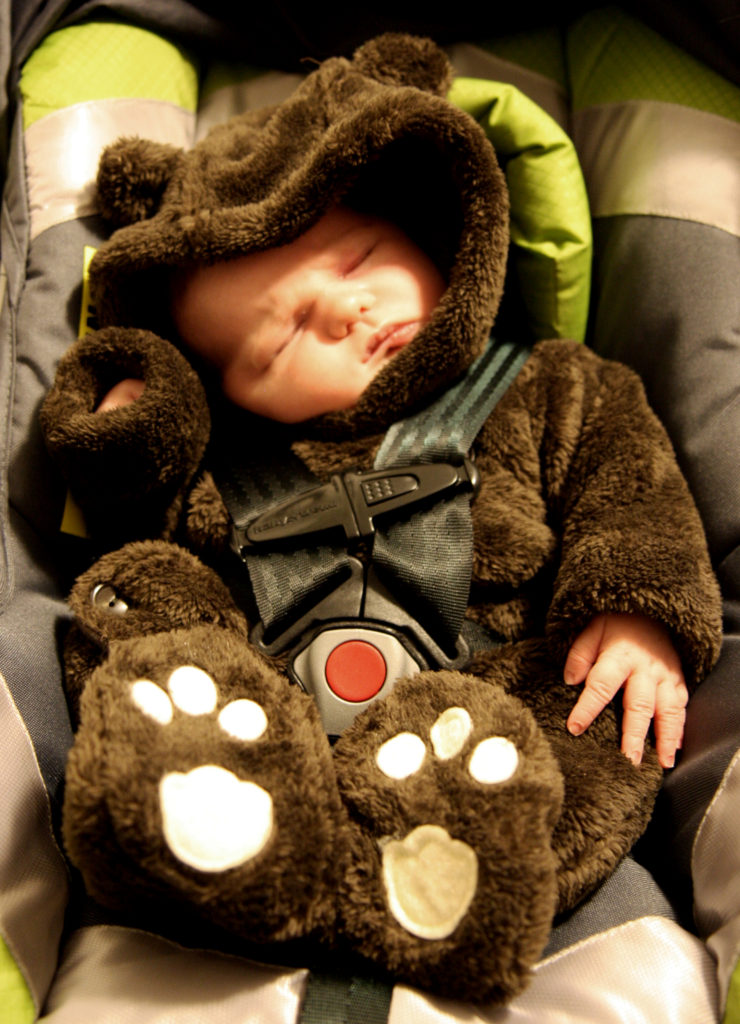 My daughter has been asking for a juice box nightly for the last week. We don’t let her drink juice boxes often and never in the evening so I’m not really sure where she got it in her head that she would be given juice at night, but she has been having nightly meltdowns when we don’t give in to her demands. One of these nights after a particularly long whining session, my husband got a juice box for himself after she went to bed. Walking into the kitchen he said “should I go wake her up and show her I’m having a juice box?” He thinks this stuff is funny. He likes to poke the bear.

My daughter is also not a morning person. She is like a little teenager trapped in a six year old body. I am usually the one waking her up in the morning and I mentally prepare myself for her angst before I go into her room. I know one thing and it is that if I do not stay calm and pleasant while she is fighting getting out of bed, it will be much worse. I try to get her excited about something that will be happening in her day that she is looking forward to. If I have nothing to work with I lure her out of bed with breakfast or an episode of the Brady Bunch on TV. This is mostly because I know that bears like honey.

Friday mornings are my husband’s day to get Riley out of bed. It is the only weekday that he is not already at work when she gets up. This has worked out fairly well since I have a standing commitment on Thursday nights that has me out of the house at bedtime. If he allows her to stay up late, he will be the one who pays for it in the morning.

Last friday morning I heard the growl of our little bear before I saw her. She clearly was not ready to come out of hibernation. I poked my head into her room before jumping in the shower and found her still in bed bed with her Dad trying to coax her out. I gave my normal greeting of “good morning sunshine!” and headed straight back to the shower knowing that a response would not be coming. A few minutes later I found my husband standing outside of the shower looking like he had just stubbed his toe. It took me a minute to realize that he was not in pain. He was mad, really mad. He said “I don’t know what the punishment is going to be yet, but there WILL be a punishment. Your daughter just threw her pull up in my face. She told me she was going to do it too. She said ‘if you don’t get out of here, I am going to throw my pull up in your face!'”

I continued washing my hair as I asked “Did you poke the bear?” When I didn’t get a response I opened my eyes and turned my head in time to catch him exiting the bathroom. I’m not making any judgements but my guess would be the bear wouldn’t have been so angry had it gotten to bed on time. A few minutes later as I was washing the conditioner out of my hair the bear itself appeared at my shower door. I said “I heard you got up on the wrong side of the bed this morning.” She looked at me with confusion. “Why don’t you go get back in bed, roll around a bunch of times and get out again and see if you are in a better mood” I continued. She just rolled her eyes and skipped out of the bathroom laughing. I guess confusion works just as well as honey.

By the time I got out of the shower everyone’s bristles were back down. I didn’t ask what turned the morning around, that is the stuff that is best left between dad and daughter on friday mornings. I was just happy to have had the chance to take a shower in relative quiet.

As a side note – yes, my daughter is six and still in a pull up at night. She would never have had this ammunition had I been more vigilant about getting her night potty trained. But I pick my battles and the ones that require me dragging her out of bed at 2 am to go potty is a battle I am never going to win. She will grow out of it.