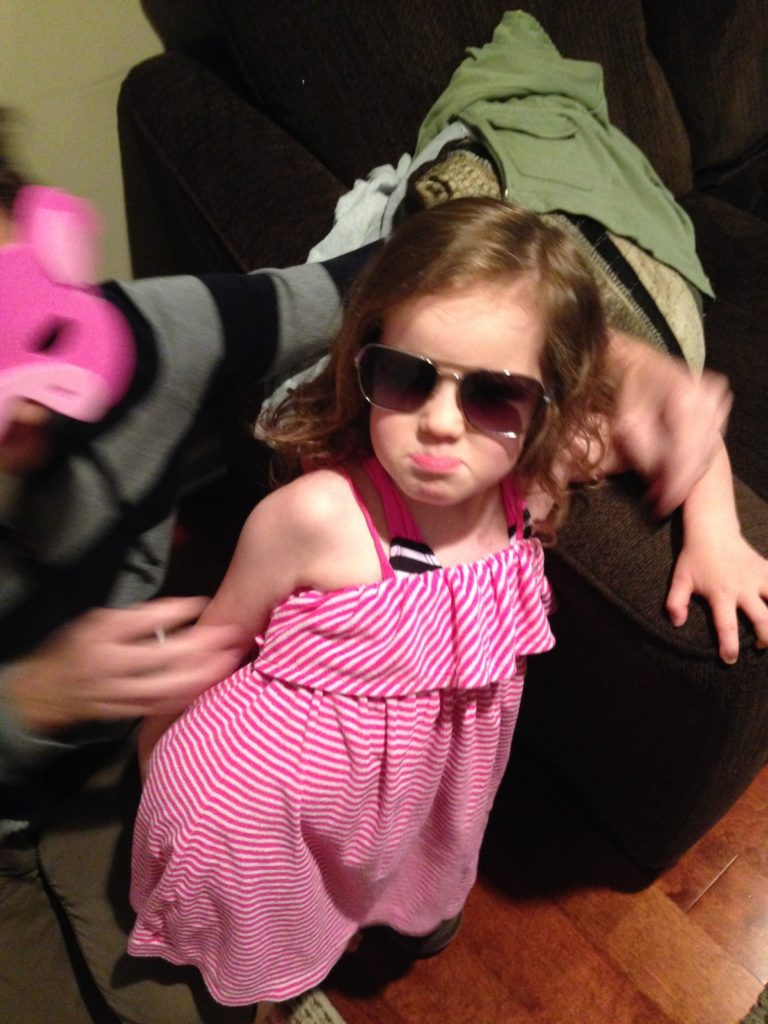 When I was pregnant with my daughter I remember talking with my husband about what she would look like. It was almost like setting our pictures side by side and picking who had the better physical feature. I won nose, eyebrows and bottom lip. He won the rest. My husband is much better looking than I am. I am totally okay with this. Some of the traits we hoped for were more practical, like we both hoped she had my husband’s teeth, straight, white and no cavities. These qualities all cost less and save a lot of pain for all of us. We also hoped that she did not end up with my bow legs and knobby knees. We talked about all of these things having no idea if we would have a baby girl or boy. I think we both secretly hoped she would be a girl and I kind of felt it during my pregnancy. Some things you just know.What we didn’t talk about was what we hoped her personality would be like. I secretly hoped she would have my sense of humor and confidence and my husband’s sweetness. I hoped that she would be smart but not necessarily clever like me. I hoped that she would not push the envelope like me and test the waters like me, but alas, she is a little pistol… just like me. She is definitely curious like I was as a child, always wanting to know how things work. She also has a very strong sense of justice, not just for herself, but for the world around her. She does not like to see the little guy getting walked on. This morning we were driving to school and when she saw a fallen tree she said “Oh no! Where will the animals go?” She is very aware of things like that, the things that I overlook as an adult. She has a talent for art already just like her Dad but lacks patience like me. These are just a few of the little things I see right now.

My daughter will be six in a few days. It’s hard to imagine what my life would be like had she never come along. She is very aware that she is the center of the universe for our little family. I wouldn’t have it any other way. I also know that the sun rises and sets for her and the stars come out at night just for her to see. She will eventually come to the realization that there are bigger things than her out there, but for now she can keep growing knowing that she is a force to be reckoned with.