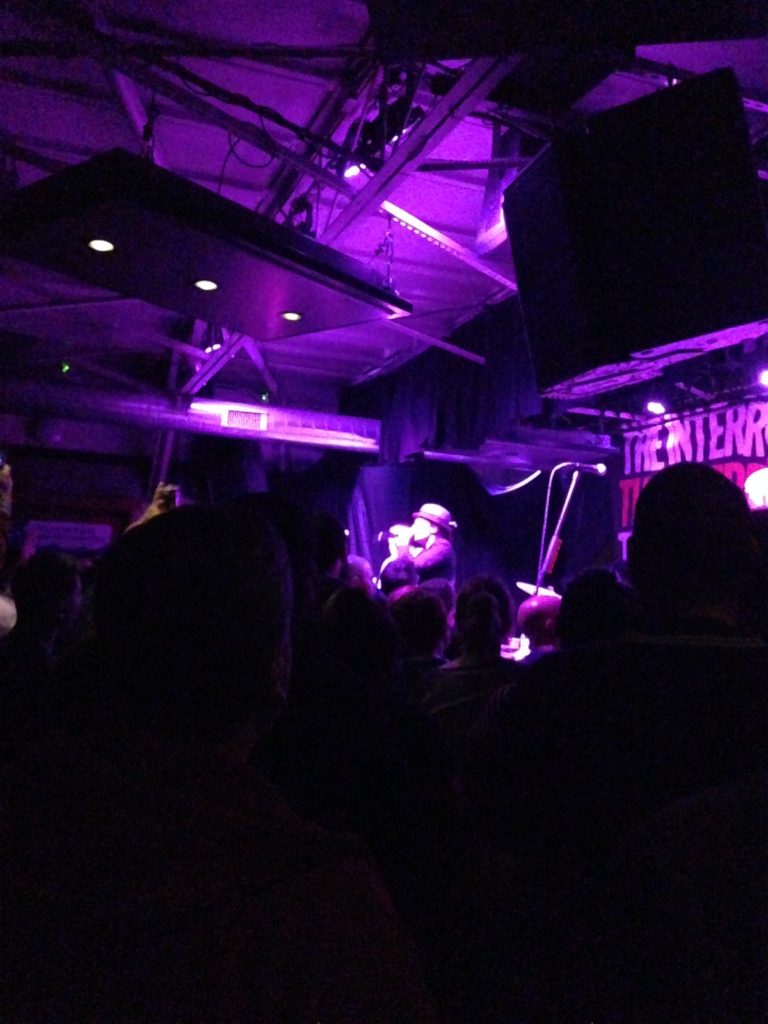 I spent the day dressed up as Rainbow Dash with a car decorated for Trunk or Treat at my daughter’s school. It was what she wanted, and honestly both her Dad and I were a little relieved after having done a Kiss theme last year that received mixed reactions. The parents who knew us already knew no matter what we did we would be all in. So we were ponies and we rocked it. But Rainbow Dash can only sparkle for so long before she needs to throw on a pair of boots and dance to a little punk rock. Luckily my husband and I had concert tickets last night as well.

I love going to concerts. I love music and I love seeing bands play live. I always have and I always will. But it’s one of the things I rarely do anymore. I was reminded why last night. It’s because I am too old to be up past eleven at night. It was only ten when Bad Cop Bad Cop were playing, but we were yawning. And it wasn’t because the band was boring. They were awesome. In fact, my husband looked at me halfway through their set and asked “you want to start a punk rock band don’t you?” He knows me so well. It literally was the fact that we were out past ten and we are old and responsible for a child who was hopefully already asleep at home. By the time the Interrupters came on I was half dozing against my husband’s shoulder. But I rallied. And thank God I did. That was one of the best shows I have seen. I don’t know what it is about standing in a dark room with a bunch of strangers, dancing and singing that makes me feel so alive, but it really is the cure for anything that ails. It isn’t just any music that does it either. It’s punk rock.