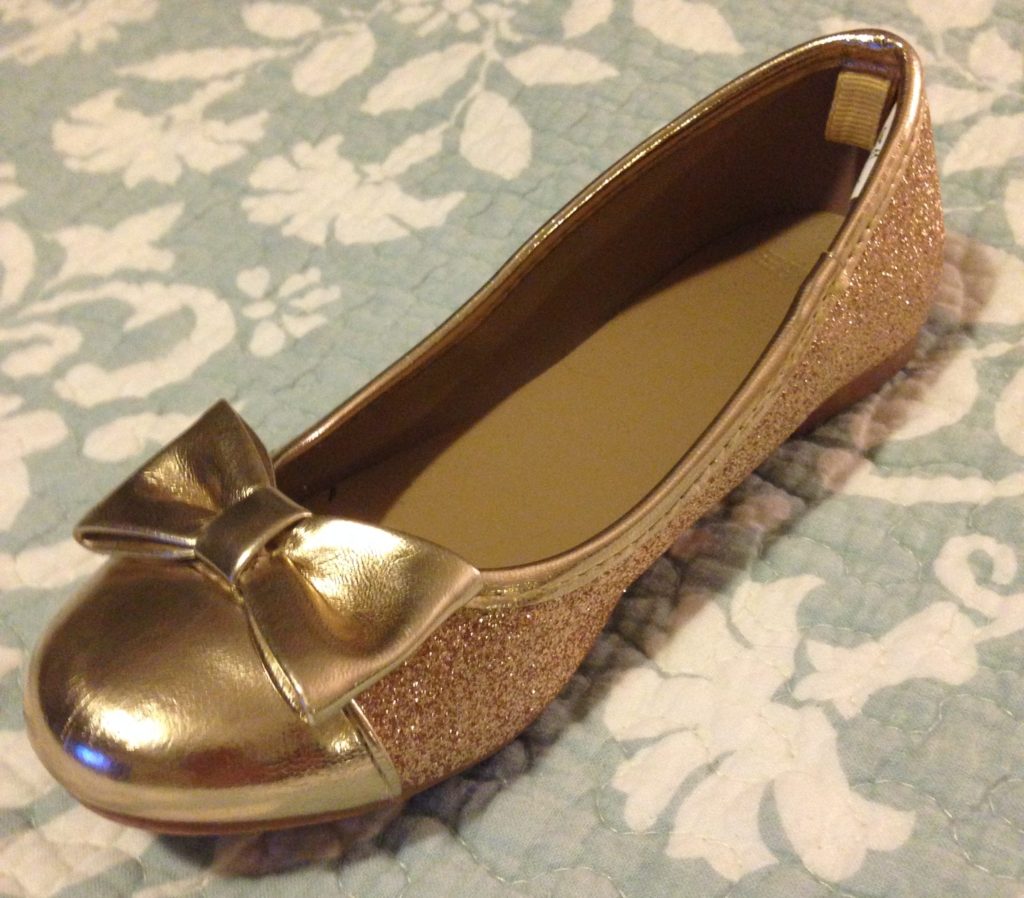 We went to see Disney on Ice last weekend, and my child got so caught up in the magic that she became a real princess. As we were walking up the steps from our seats she turned around with a look of panic and said “My shoe, oh no my shoe!” I looked down and sure enough, her shoe had slipped off through the back of the stairs and fell underneath the stands. Quickly, her butler (who also answers to Grandpa) went to check with the guards to see if there was a way to retrieve the slipper. Cinderella sat on the steps crying while all of the other princesses climbed over her having heard the clock strike midnight (and being ushered by their coachmen.) Luckily, Gus and Jaq were there to whisk Cinderella away to her carriage. This was quite a task since Gus was wearing her favorite Michael Kors suede 5″ booties, not having expected to be carrying Cinderella up the stairs. Knowing that Gus is a fellow lover of shoes, Cinderella clung to her all the way to the top of the steps lamenting over her lost slipper. As Gus & Jaq were trying to exchange Cinderella for bottles of water and souvenir popcorn in each others arms the Butler returned with news that the slipper could only be retrieved by going into the bowels of the castle to a dungeon called “guest services” to sign scrolls upon scrolls and present proper identification. Having experienced the village idiots who worked in the dungeon, Gus decided to head straight to the carriage before it turned into a pumpkin. Alas, the carriage was found still a carriage and Cinderella was whisked away having forgotten about her lost slipper at the mention of her fairy godmother’s awaiting birthday cake. Now Gus just needs to find some replacement slippers before the next ball.