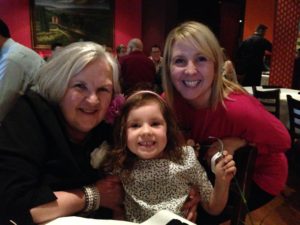 I think the most complicated relationships are between women. I say this because I am a woman and I can’t even figure out how I think half the time, let alone what most normal women think. I also don’t have a lot of women in my life that I am close with, I have always gravitated toward the dudes. Even as a little girl I watched the game with the men instead of hanging around the food with the women at family gatherings. I think the easiest explanation for this is that I think in very black and white terms and I lead with my head rather than my heart which is common for males.

I find so many women are afraid to say what they think because they don’t want to hurt the person on the receiving end. That ends up turning into some weird passive-aggressive statement a week later leaving both parties hurt and confused. I’m sure this goes back to the beginning of time when women were treated one way and men another and expectations of how we should behave were established. But, come on, isn’t it just easier to express the thought right away and get it out? I think so. It certainly saves a lot of time, energy and hurt feelings.

My difficulty in relating to women could also be that most women share emotions. Those sticky ooey-gooey things that creep me out. When I am sad, I cry in the shower all by myself where nobody else knows I am crying. Although lately I have also been randomly crying while wandering the aisles of Target, which is probably a manifestation of years of built up tears since you can only take so many showers a day before your husband starts to think you may love the shower head more than him. One emotion that I am very comfortable with sharing is anger and I think that also fits right in with the dudes. It’s okay to say you are pissed off in most male circles, it’s not okay to cry because you feel insecure about something. But apparently I need to start talking about emotions or I am going to end up wandering around Target crying all by myself. That future is not appealing to me.

I am now watching my daughter gravitate toward the boys already at the young age of five. This scares me a little bit because I want her to be able to have relationships with girls as she grows up. But I want her to have healthy relationships with girls. I don’t want her to get caught up in the back-stabbing and jealousy that I see in so many girls. That’s what pushed me to hang with the boys. I don’t want her to push away strong girls who she can share with and grow with just because some girls are too afraid to be honest or because some girls only know how to express themselves in unhealthy ways. I don’t want her to say that all the girls are mean just because some of them are. And some of the girls she meets are going to be mean, because that is all they know because that is what they have learned from their mothers. I know that I have been horrible to another girl because I was scared.

And right there is my solution to any fear I have of what kind of relationships my daughter is going to have. I need to have healthy relationships with both men and women. She is going to do what I do, not what I tell her to do. And on top of that, I deserve to have good relationships with women. I want to have good friends who I can count on. I do have a few of these women in my life. They are the ones who aren’t afraid to tell me like it is because they know that being honest and open is the thing that matters. They are strong enough to put on their big girl pants and tell me when I am being a jerk and to fess up when they do something stupid or unkind. They don’t talk to everyone else about a problem they have with me, they talk to me. They pick up the phone and call me and say “let’s sit down so we can see each other face to face and talk” when they need to tell me something that may make me sad. They don’t treat me like I’m disposable to them, because I am not disposable to them. I matter to them as much as they matter to me. They are the friends who suit up and show up. They are the friends who have the best traits of the masculine and feminine sides of the soul. They are the ones who are strong enough to be vulnerable.

I know there are more women out there that want this type of relationship. There have got to be more women who aren’t afraid to be honest, who can be straight forward instead of letting their fear and insecurities guide them into being passive-aggressive and disingenuous. I am positive you are out there. I desperately need you to be out there, and I need you to raise your little girls to be the same strong women so that my little girl doesn’t end up walking around Target crying by herself. Like I said, that is not an appealing future.